The big lock forward and team captain is slowly getting back to his best form. 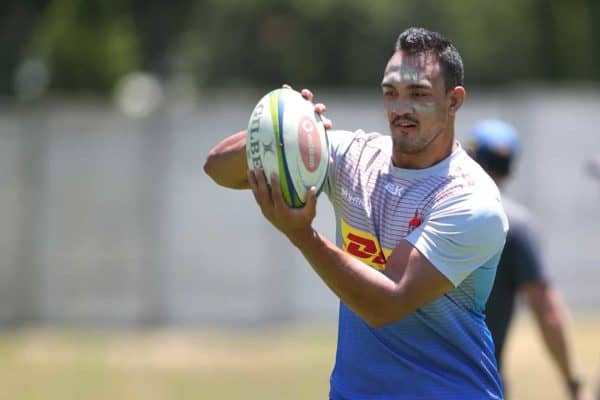 Stormers captain Salmaan Moerat is slowly getting back to his best form after a serious neck injury. Picture: Shaun Roy/Gallo Images

Stormers captain Salmaan Moerat admitted that he was glad to have put his recent injury woes behind him and was enjoying his first European tour in the United Rugby Championship, as the team heads into their final game against the Dragons before the November internationals

Moerat suffered a serious neck injury during training in April ahead of the Rainbow Cup competition, which saw him miss over four months of action, before he returned just in time to lead the team in their inaugural tour in the URC.

He has started in all three games in the competition so far and has been improving week on week, as he steadily gets back to full fitness.

“I couldn’t have asked for anything more. I am grateful for the backing I have received from the coaches and the amount of game time I have been getting,” admitted Moerat.

“I am slowly starting to get back into the flow (of things). I am obviously not where I’d like to be yet but I am still improving each week. I’m really glad to be back and to have hit the ground running.”

ALSO READ: Stormers have ‘inside info’ to help in quest to slay Dragons

Moerat’s charges have also been improving each week, after starting the tournament with a poor loss against Benetton, they then put in a much improved showing to give Munster a run for their money and then were perhaps a little unlucky not to get more than a draw against Edinburgh in their last outing.

They will now be giving it everything they have to pick up their first win and head back home to South Africa in good spirits.

“The team is doing well, the vibe is really good and the guys are really eager to go this weekend,” said Moerat.

“Obviously we are bit disappointed with the results that we have had this past couple of weeks, but I thought the guys have done well. We have played some promising rugby, so we will be looking to get the result this weekend.

“It is really important to us that we have a good result at the end of this tour.”

Following Friday night’s clash the Stormers will next be in action at the end of November when they will play arguably the weakest side in the tournament Zebre, and if they can pick up a win over Dragons they will head into that match looking to get a second positive result in a row.