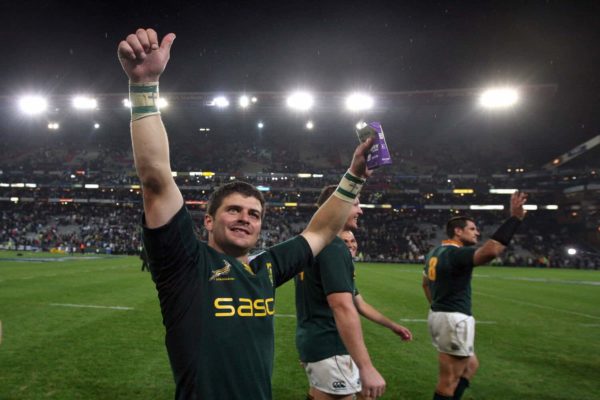 The legendary Bulls man, who recently helped the Boks beat the British and Irish Lions in a three-Test series – something he also did in 2009, has according to SuperSport informed the Bok management of his decision.

According to a report, Steyn wants to spend more time with his family and will thus not be available for the Boks for their tour to the UK next month.

The 37-year-old is still seemingly available to the Bulls, who he re-joined last year after several years playing abroad.

“It’s a good time to make this decision,” Steyn said on supersport.com. “I think it’s time to call it a day now.

Furthermore, Steyn said he had discussed the decision with Springbok coach Jacques Nienaber and he understood why he was making himself unavailable for the November tour.

“I told Jacques I won’t be available for the end of year tour. It has been difficult for me being away from my family for the past 17/18 weeks and I want to spend more time with them.”

Handre Pollard and Elton Jantjies will continue as the Bok pivots, but there is now a potential opening, with Curwin Bosch or Johan Goosen to get a look-in, when the UK tour squad is named later Tuesday.

The Springbok management team are expected to reveal more about Steyn’s decision when the Bok squad is announced later Tuesday.