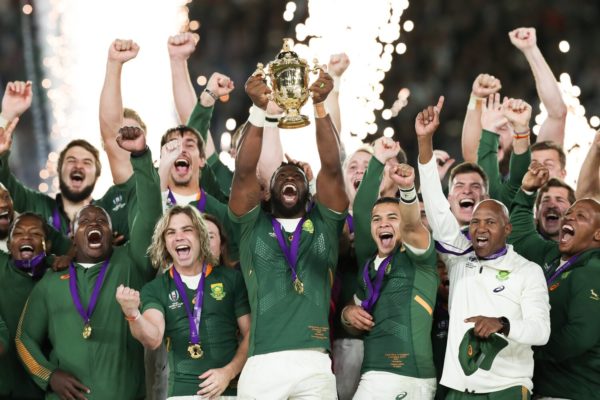 The documentary showcases the Boks’ Rugby World Cup journey in Japan in 2019.

The Loeries supports the brand communications industry across Africa and the Middle East and is the most prestigious creative festival on the continent.

“Chasing the Sun” won Gold in the branded content category and was then given the highest honour – a Grand Prix, which are special awards given to the most exceptional work on display and only a handful are handed out each year at the discretion of the judges.

Produced by SuperSport, SA Rugby and Johannesburg-based content creation agency T+W, the powerful documentary tells the amazing tale of the Springboks’ path to RWC glory in 2019, when Siya Kolisi lifted the Webb Ellis Cup in Tokyo when the team were written off by most neutral observers after struggling with form in the years leading up to the tournament.

Earlier this year, “Chasing the Sun” walked away with two SAFTA’s (South African Film and Television Awards) – Best Achievement in Cinematography for doccies, as well as Best Made-for-TV Documentary, while it was also nominated for a SAFTA Golden Horn for Best Achievement in Directing for a Documentary (by Greg Lomas and Gareth Whittaker).

The SAFTAs – the most prestigious award in the television industry in SA – celebrate the very best of long form work in the country and are effectively South Africa’s version of the Emmys.

“Chasing the Sun” has also been shortlisted in the branded content category of the Clios, a global awards ceremony that takes place in New York and celebrates and honours the best work in advertising, marketing and branded content in the world.