The men from Pretoria had far too much fire-power and class for the home team in Kimberley. 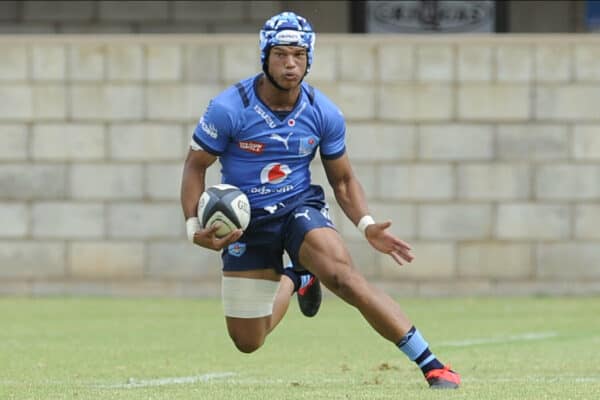 Bulls fullback Kurt-Lee Arendse runs with the ball in the Currie Cup match against Griquas in Kimberley on Saturday. Picture: Charle Lombard/Gallo Images

The Bulls, with half of their URC side in tow, overwhelmed Griquas with seven tries to win their Currie Cup match 53-27 in Kimberley on Saturday.

Playing with high tempo, plenty of intent to get the ball wide, and some excellent handling, the Bulls were just too slick on attack for a typically willing Griquas side.

But with the home side flagging in the second half and giving the Bulls plenty of territory through conceding back-to-back penalties, the defending champions were able to convert a 22-15 halftime lead into a comprehensive victory.

The Bulls were also playing with the wind in the second half and flyhalf Chris Smith controlled the game with aplomb, succeeding with a couple of 50/22 kicks.

Bulls captain Marcell Coetzee said “all credit to Griquas for stretching us and they played some terrific rugby”, while also praising veteran hooker Bismarck du Plessis for “inspiring us every day”.

The Springbok great’s lineout work was precise and he provided plenty of running metres gained down the tramlines, as well as showcasing nifty handling skills.

The Bulls were particularly potent on counter-attack, with fullback Kurt-Lee Arendse making Griquas pay for kicking on them.