The Bulls have lost both their URC matches against the Sharks this season, largely due to some terrible discipline and getting a mauling in the scrums. 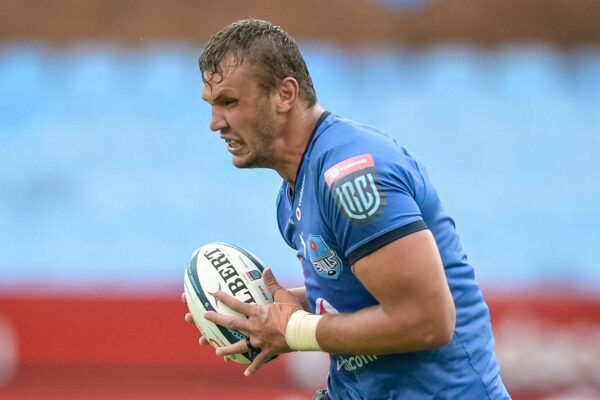 Walt Steenkamp in action for the Bulls during a United Rugby Championship match earlier this year. Picture: Gallo Images

The Bulls acknowledge that Saturday’s United Rugby Championship quarterfinal against the Sharks at Loftus Versfeld is likely to be a closely contested game, but they will go into the knockout clash with fresh minds and bodies, happy with the rugby they are playing.

Walt Steenkamp has had a pleasing impact in the No 4 jersey since joining the Bulls from the Free State Cheetahs in November 2020, and he says the pack are so content with how they are operating as a unit that they are even happy to see the backs score all the tries.

“The team relies a lot on us for front-foot ball and it was nice to see only backs scoring against Ospreys in our last match, so we can give the credit to them,” Steenkamp said with a smile on Tuesday.

“We have played so much rugby this year, so the break since then has given us the chance to rest our sore bodies. And myself and Ruan Nortje have enjoyed a good combination at lock.

“They always say altitude matters, but the Sharks have played here a lot. They would have prepared for it, plus they come from a place with high humidity, so it’s a 50/50 game.”

The Bulls have lost both their URC matches against the Sharks this season, largely due to some terrible discipline and getting a mauling in the scrums.

Those were the two areas Steenkamp highlighted as requiring improvement on Saturday.

“The Sharks lineout and scrum is good, but we have plans for them,” he said.

“We have conceded four or five penalties a game at scrum time against them, so we’ve worked hard on that.

“You get different interpretations at the scrums, so we plan for the referees as well and try and show them good pictures.

“But also, the last time we played the Sharks, we played 60 minutes with 14 men because of a red card, so discipline is also very important.

“The Sharks pack is always very good as a whole – there are no weaknesses – but we think we can put pressure there. It’s finals rugby, but we will still stick to what works for us.”