Burkina Faso striker Aristide Bance says he won't mind returning to the Absa Premiership if a contract was offered to him.

Bance spent one season with Chippa United making 16 appearances and scoring three goals in all competitions for the Chill Boys before moving to his country of birth to play for ASEC Mimosas.

The former Lokeren man speared his side to the semifinal of the Africa Cup of Nations in Gabon when he scored a spectacular free kick against Tunisia.

“South Africa is a good country with a good championship and good players, and if there is an offer for me, l will consider coming back,” he told reporters after the victory against Tunisia.

“However, it will have to be a club with a good chairman. I don’t like being with a club led by a director who will not meet my contractual agreements.

“So honestly speaking if I get another chance with another club I will be ready to play again in the South African championship. I am still open to the negotiations.

“I am still open to come and play in the South African championship again. After all I am a player who always gives his best when he goes on to the field.” 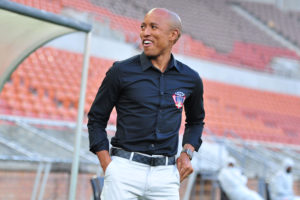