‘Help us find our mojo’ is Vukusic’s mandate at AmaZulu

AmaZulu FC’s general manager, Lunga Sokhela asked new coach Jozef Vukusic to help the Durban-based side find its rhythm and finish in the top eight at the end of the current campaign. 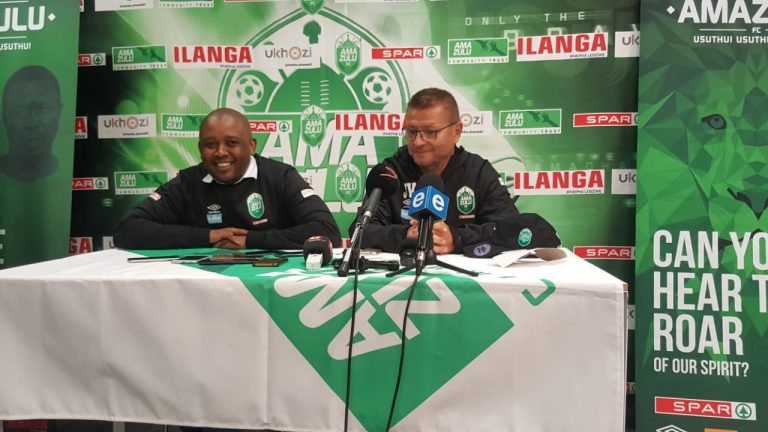 “His mandate is not based on points but on the belief that we have signed quality players at AmaZulu. I would like to see those players playing to their full potential. There are mixed feelings about where we are now and certain people believe that the players we have are not of high calibre but I disagree with this completely.

“We have players of huge potential, huge ability ad for now the mandate of the coach is to find our mojo, and get our season going. We have been on a bit of a slump. Minimum top eight finish is what we have on our minds,” said Sokhela.

He also revealed that he had had conversations with other colleagues about Vukusic and was impressed about his work ethic which is why they didn’t hesitate to contact him when they needed a new coach after firing Cavin Johnson earlier in the week.

“The full discussion about coming here happened recently. But we do see each other from time to time. Our football scene is very small and you quickly get to know people and how they work. We wanted a coach of that nature when it comes to the approach. Luckily for us he was available when we needed him,” he said.

Vukusic said although he had left the country at the end of last season, when he left Polokwane City, he had not stopped following what was happening.

“I have very good feelings for this soccer city (Durban) with a marvelous World Cup stadium (Moses Mabhida). I think I never left the league here. I left Polokwane last season but I followed the league and when this opportunity came. I had a good conversation with Lunga. I hope for a very good cooperation and support from the club.

“I have come when the league is already on… I know the team well from the outside but I will need a little time to learn the players and the club, now that I am inside because there are many factors that influence the performance of the team,” he commented.