Amakhosi are still 10 points clear at the top of the Absa Premiership standings with 34 points after 13 matches. 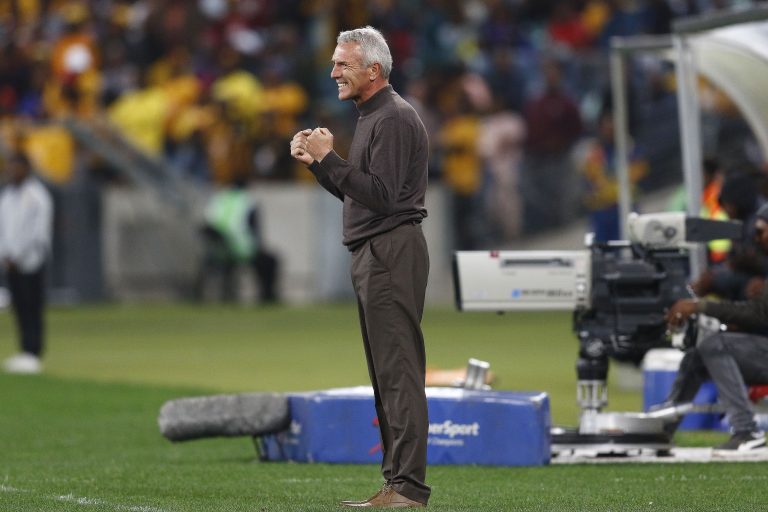 If there were still any doubters in the Kaizer Chiefs ranks about the side’s credibility in their quest for the Absa Premiership title, then they must have been satisfied after Amakhosi beat Bloemfontein Celtic 5-3 at Moses Mabhida Stadium in Durban on Saturday night.

Celtic were quick off the mark with captain Ndumiso Mabena leading by example as he opened the scoring just 13 minutes into the match. But the lead was short-lived with Samir Nurkovic getting the equaliser eight minutes later. Harris Tchilimbou restored the visitors’ lead a minute later. Nurkovic was however on hand again to ensure parity. But again from the restart, Celtic went for goal and Siphelele Luthuli gave them the lead for the third time in under 45 minutes.

Phunya Selesele must have thought they were close to doing what only Polokwane City have managed this season going into the break with a lead.

But it all went downhill for Lehlohonolo Seema’s side in the second half with Nurkovic completing his hat-trick and Leonardo Castro also scoring twice.

Seema admitted that their plan for Amakhosi had worked but came short because they were a bit thin on the ground with some senior players out injured.

“It was a nice match from the beginning – especially the first half for us because we used our chances and played the way we wanted to. We conceded the goals knowing full well how they would play.

“We did our homework on them but they proved to be strong. If someone is stronger than you, you will come off second best.

“It’s one of those that we have to go back and work and try again. It was always going to be tough against Chiefs because they are coached by a good coach and we had to do some patchwork as we have injuries,” said Seema after the match.

Amakhosi’s Ernst Middendorp was satisfied with the result but took issue with the lack of concentration showed by his players in the first half.

“Very entertaining game, no doubt about it,” said the German mentor. If I say something like that it means two teams are involved and contributing. With eight goals scored it must have been a pleasure for the supporters to be involved in such a game.

“We had a little bit of an attitude issue in the first half. We allowed them some quicker counter without being in the right positions and without having our one foot defending right but we corrected it. We are happy with the three points,” said Middendorp.

Amakhosi are still 10 points clear at the top of the Absa Premiership standings with 34 points after 13 matches.