No one seems to be giving SuperSport a chance to win the Absa Premiership title as they trail Chiefs by 11 points. 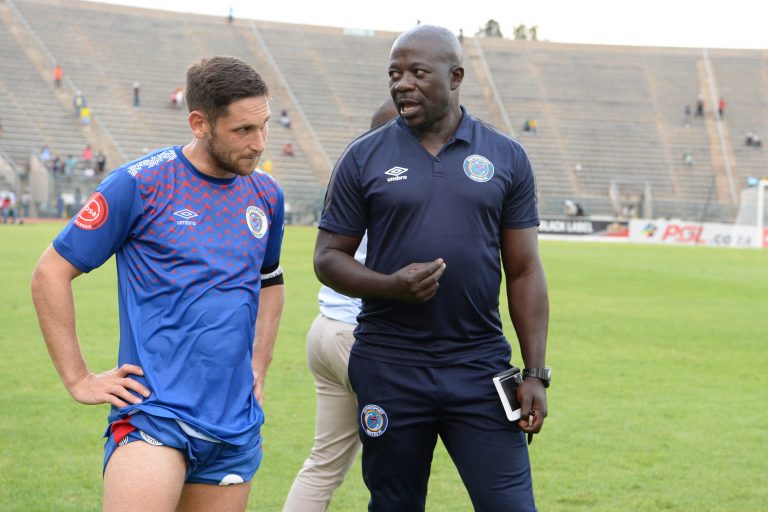 All eyes are on Absa Premiership log leaders Kaizer Chiefs and the defending champions Mamelodi Sundowns when it comes to title talk, while Bidvest are considered to be the most favourable outsiders with the number of games in hand they have, also considering that The Students have a six-pointer against the pace-setters.

In third place sits SuperSport United and no one seems to be giving them the light of day as they trail Amakhosi by 11 points. However, that seems to be fine with Matsatsantsa A Pitori captain Dean Furman.

“We are in a good position. We feel like our position could be better in terms of our points but we are certainly there and we want to be there right until the very end, and that means we have to be consistent in our performances.

“Whether the media or the fans want to talk about us as contenders, we know what we have got here in this camp and we know that on our day we are a much better team and we can beat any team. We know what we are all about, we don’t need anyone from the outside to pick us up or give us praises and say we are contenders because that will not change what we do on the pitch,” he added.

The good thing about United not being considered as title contenders, at least according to Furman, is that the pressure is off their shoulders while the spotlight shines on the teams dubbed favourites.

“If you ask the other guys if they feel like they are under pressure because they are so-called contenders, I don’t know, but sometimes it is nice to go under the radar and go on about your work and no one says much about you and that is what we have done until this point. I think until we put in that really good run of consecutive performances, then we can start considering ourselves as proper contenders. If we can go on a run of four to five wins, it will determine our season,” said Furman.