Kaizer Chiefs striker Samir Nurkovic has poured water on suggestions that he has been targeted by defenders following his flying start to his career at Amakhosi. 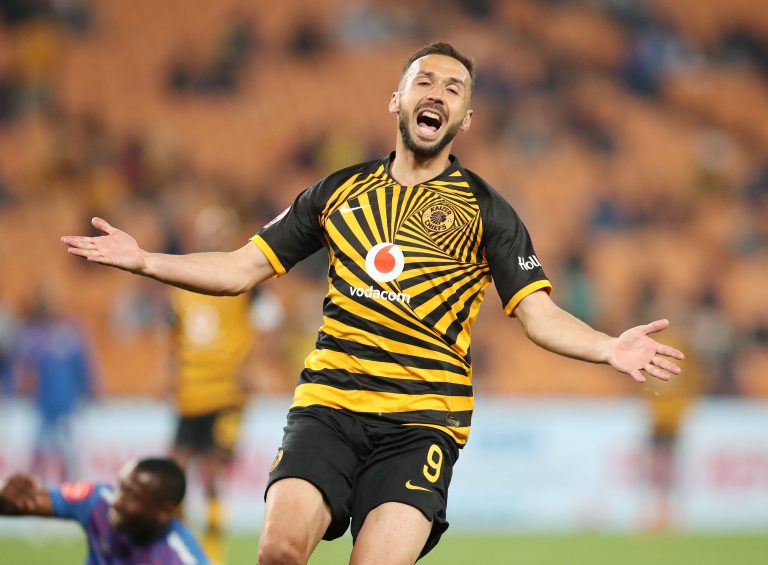 The 27-year-old Serbian striker has taken local football storm, scoring 13 goals so far – 10 in the Absa Premiership and three in the Telkom Knockout.

He has been on the receiving end of some vicious tackles of late which his coach Ernst Middendorp said the referees failed to spot.

“You make your own picture,” said Middendorp when asked if he felt Nurkovic was being targeted after the Serbian striker was a victim of some harsh tackles in their 1-1 draw at Black Leopards.

“I think the referee decided. He has the opinion that it was in the frame of the rules of law by allowing it. Ask the referee, I am not the right one [to answer that].

“But of course, if you are successful and you are providing a good strike force you get targeted in some way,” he added.

Nurkovic also brushed it off, saying it is not something new to him.

“Are you asking about it happening now? I have felt that from the beginning of the season,” said Nurkovic.

“But that is normal thing, they are defending and trying to defend their goal and as a striker, I am trying to score and every game is different and every player is different,” he added.

Nurkovic is likely to again get some close attention from the Golden Arrows defenders when the sides meet at Moses Mabhida Stadium on Saturday afternoon in an Absa Premiership match.

Amakhosi will be hoping to keep their momentum going by widening the gap between them and Mamelodi Sundowns at the top of the Premiership standings to 10 yet again with Masandawana out on Caf Champions League duties this weekend.

But Nurkovic said they don’t worry about what other teams are doing as they focus on their own pace in the hotly contested race for the league title.

“I don’t think about other teams and how they play… I just focus on ourselves and on playing the best way we can. The most important thing now is to collect as much points as we can. Every point counts from now to the end,” he said.