Being in the lead means nothing – Ajax coach

For Andries Ulderink, the fact that his Ajax Cape Town side are top of the GladAfrica Championship standings means nothing, unless they can keep the position until the end of the season. 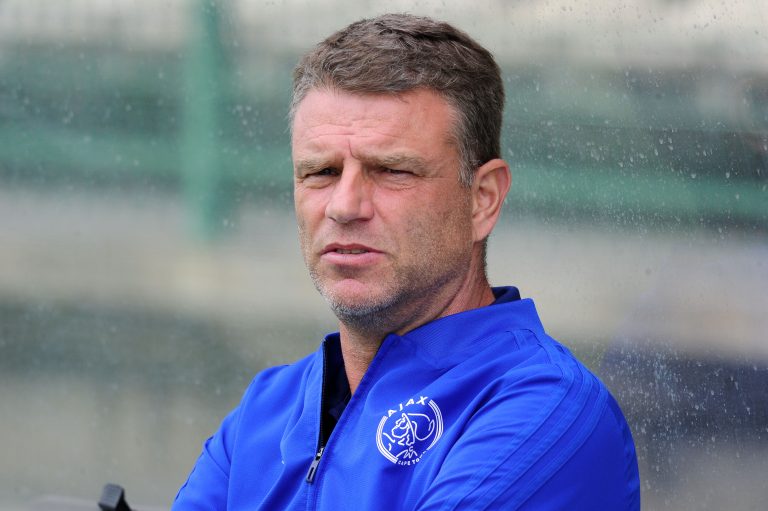 The Dutch coach is perhaps a little cautious after his team went on a two game losing spree before they managed a hard fought for win at Real Kings on Wednesday that helped them jump to the top spot.

“For me that we are at the top of the standings is not important, maybe for the fans it is. But it is good that after two loses we are back to winning ways again. It was very important to get a result here,” said Ulderink.

He said he doesn’t want to think too much about their current position which assures them automatic promotion to the Absa Premiership should they manage to keep it until the end of the season.

“There is still a long way to go,” he said. “I understand that people will look at the table but I am not. I am focusing on the team and how we can improve in every game. Football is our job and I hope everyone in this team likes their job,” he added.

“The bosses are saying you need to get promoted. For me it is important to try and deliver on that because that is where they want the team to be and that is also where my players want to compete,” he said.

Ulderink said this week’s result is now history as they set their eyes on their next opponent, struggling and bottom placed Royal Eagles at Harry Gwala Stadium tomorrow afternoon. He said Eagles’ position on the standings counts for nothing and makes them even more dangerous as they will be desperate for points to move away from danger.

Kings’ Joel Masutha felt defeated after the loss to Ajax, saying they lost a match they shouldn’t have. He said Ajax’s two quick goals in the second half were a sucker punch.

“It was a scrappy affair. We could see that both didn’t want to lose so it was more tactical. In the second half we tried to be more adventurous. But plans were derailed when we conceded two quick goals. It was not because the opponent was better but it was because we couldn’t clear our lines and allowed them to push the ball over the line,” he said. Kings’ next match is away to Uthongathi this afternoon.

The Dube Birds will be looking to make it six in a row when they host Ea Lla Koto on Saturday afternoon.  Brandon Truter’s side have won all their matches since the defeat to AmaTuks on 7 December and have climbed to fourth in the standings, five points behind leaders Ajax.

AmaTuks have strangely run out of gas in the second half of the Championship. They have not won in their last four games. Sporting will be highly motivated after securing a surprise win away at Ajax in their last game.

With just one win in their last five matches, the Rockets will be looking for redemption against their Mpumalanga rivals. The lack of result sees Dan Malesela’s side floundering near the relegation places as opposed to the promotion areas where they were predicted they would be after winning the Nedbank Cup last season. Mbombela have been looking good since Duran Francis took over.

The Rich Boys had a good start under Simo Dladla but Tshakhuma have also been unforgiving since the arrival of Vladislav heric. This should be a cracker.

If ever there was a right time for Ezenkosi to play this season’s surprise team, this was it. The Hammer Boys have been on a go slow of late which has seen them slip behind in the title race. But Ezenkosi have also not been doing well.