Patience. That is what Kaizer Chiefs supporters will need as their team continue to grind out results without delivering awe- inspiring performances. 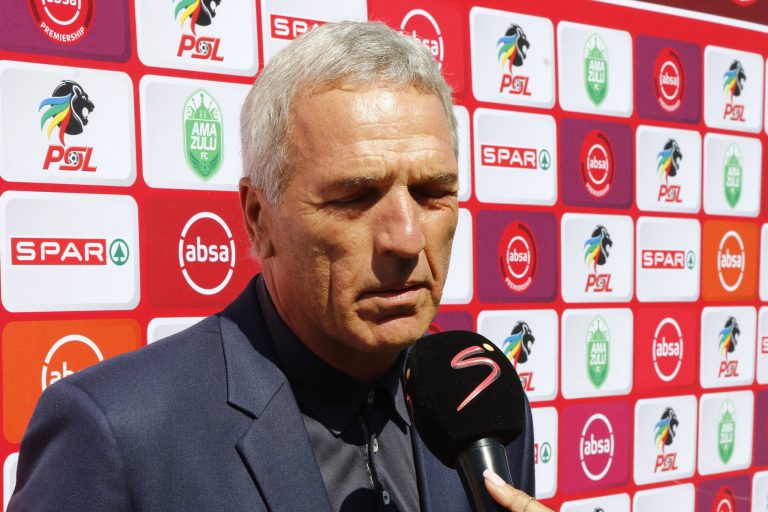 Amakhosi played an ugly game at Moses Mabhida Stadium on Saturday afternoon but managed to grab a last-minute winner through Lebogang Manyama to beat a resilient Golden Arrows on their own turf.

The display may have been bland but Ernst Middendorp will be happy with how his plan worked out the way he had wished, saying after the game that he had expected the difficulty Abafana Bes’thende put them through.

“After seeing the Arrows team, knowing, expecting and in the end, seeing the line up, during the week we had worked on our spacing and movement off the ball. We knew that a certain concept from Arrows will come in our direction,” said Middendorp.

“They were impressive and made it difficult for us to come through. Most of the doors were closed but in preparing for the game we were aware of that,” the German mentor added.

His team needed to be resilient and Middendorp said it took a lot of patience from his players to get the result which extended their lead at the top of the Absa Premiership standings to 10 points and threw the gauntlet to the chasers.

“I said that the crucial ingredient for us to come out with a result would be for us to be patient, not panic and not lose our structure. It happened in the final seconds.”

While some among the Amakhosi supporters have not been impressed by the performances, the grit shown by the team this season should be comforting. It was not the first time this season that the Glamour Boys have done a smash-and-grab. With 11 games to the end, it looks hopeful that the Naturena-based side will finally end their long trophy drought