Orlando Pirates coach Josef Zinnbauer says the highlight of his stay in South Africa has been interacting with fans in the streets. 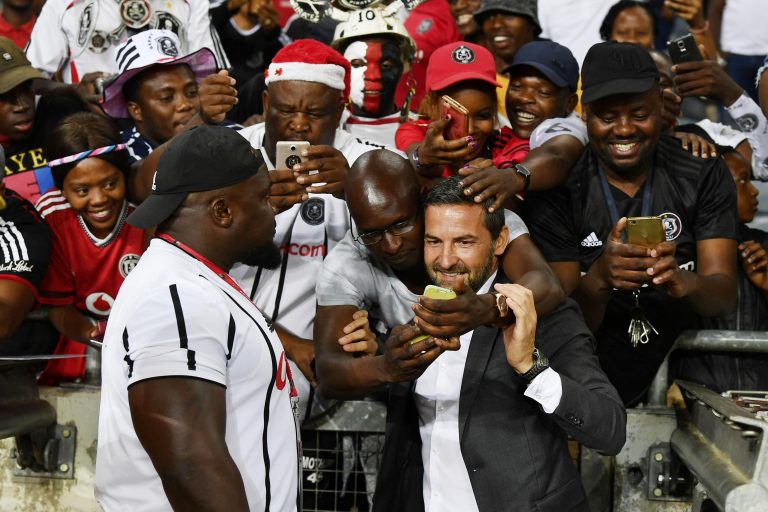 Pirates are yet to lose a game since Zinnbauer to over from Rulani Mokwena in December last year. In the seven games that the German mentor has been in charge, Bucs have won six and drawn one.

Zinnbauer says he gets a lot of insight into understanding his players and the magnitude of the team through the conversations he has with fans.

“I always speak to the fans and they tell me a lot about the tactics for the club and what we must do to win, and I listen and understand,” said Zinnbauer jokingly.

Meanwhile, a video of Zinnbauer and one of his players dancing in the dressing room before training at Rand Stadium has surfaced on social media.

Commenting on the video, the German coach says he allows his players to enjoy themselves and carry the excitement into games.

“We have fun before, during and after training. We are winning and the players are dancing and putting videos on social media. If we were losing maybe we shouldn’t put them on social media but we are doing well at the moment and we are having fun.

“My approach is to have one on one with the players after training and that helps them improve.”

'This is not on': Bafana coach Broos fires back at Mokwena
1 week ago
1 week ago

'This is not on': Bafana coach Broos fires back at Mokwena
1 week ago
1 week ago