WATCH: Middendorp explains why he is calm before Soweto derby

Kaizer Chiefs coach Ernst Middendorp says he has been realistic about his side’s chances of competing in the 2019/2020 season. 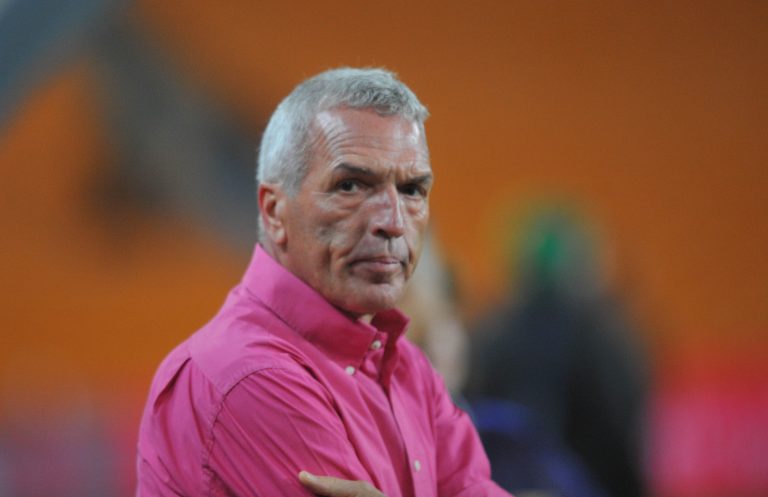 Middendorp believes his side is well-prepared to take on Orlando Pirates in the Soweto derby on Saturday afternoon.

“I have been realistic all the way since arriving in December 2018, which was in position nine,” said Middendorp.

“We ended the season on position nine and failed to pull the team up. We had a good start at the beginning of the season, with the methods of training and putting ideas into the team in pre-season.

“There is certain confidence as coach about where we are, we are very critical about our performance, we don’t take the results they are something and we focus on what happens in the end.

“I go more into the performance of our side and preparing for the next game against Pirates and consistency from us.”