Phakaaathi understands that the duo has been handed the reigns at AmaZulu after Jozef Vukusic was summarily suspended. 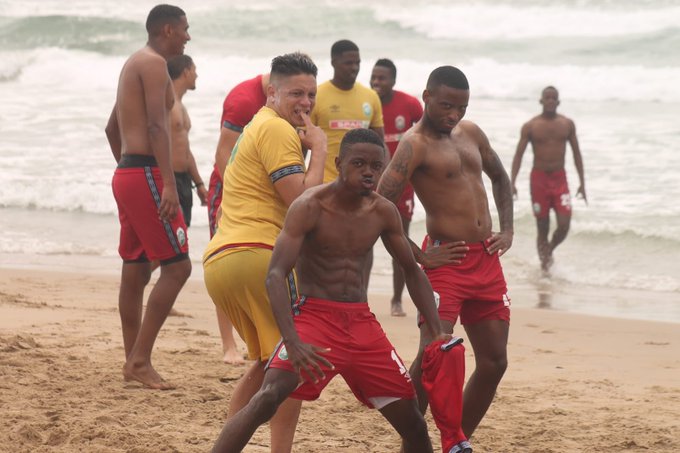 On the field, they were a ‘cat and mouse’ as Ayanda Dlamini was a striker and Moeneeb Josephs was a goalkeeper but on Saturday night the duo will have to work together to cause an unthinkable upset and beat Kaizer Chiefs in their own backyard.

Phakaaathi understands that the duo has been handed the reigns at AmaZulu after Jozef Vukusic was summarily suspended pending internal issues at the Durban-based club.

Usuthu have been engulfed in controversy in recent weeks which saw five of the team’s senior players – Lehlohonolo Majoro, Jabu Ncubeni, Michael Morton, Thembela Sikhakhane and Nhlanhla Vilakazi – on suspicion that they were causing divisions in the team.

Soon after that the side’s assistant coach, Mabhuti Khenyeza resigned and joined GladAfrica Championship side, TS Galaxy where he replaced Dan Malesela.

A defeat to Chippa United last weekend is said to have been the straw that broke the camel’s back as management called an urgent meeting where Vukusic was asked to step aside.

“It was a tough meeting. Some in management still believe in the coach but a decision had to be made with games running out but the team remaining at the wrong end of the league,” said a source.

Dlamini and Josephs have zero Absa Premiership coaching experience between themselves and have been thrown into the deep end, the source claimed.

“It is just a stop-gap for one game but it is too much for them especially playing against Chiefs. Dlamini has been with the club’s MDC team but he wasn’t doing any wonders there either. But it is desperate times,” said the source.

Phakaaathi also understands that Malesela and Norman Mapeza, who recently left Chippa, are among the coaches being considered to save the Usuthu ship from sailing off course.