Phakaaathi can exclusively reveal that the Maritzburg duo of goalkeeper Richard Ofori (below) and defender Rushine De Reuck are headed to Orlando Pirates next season. 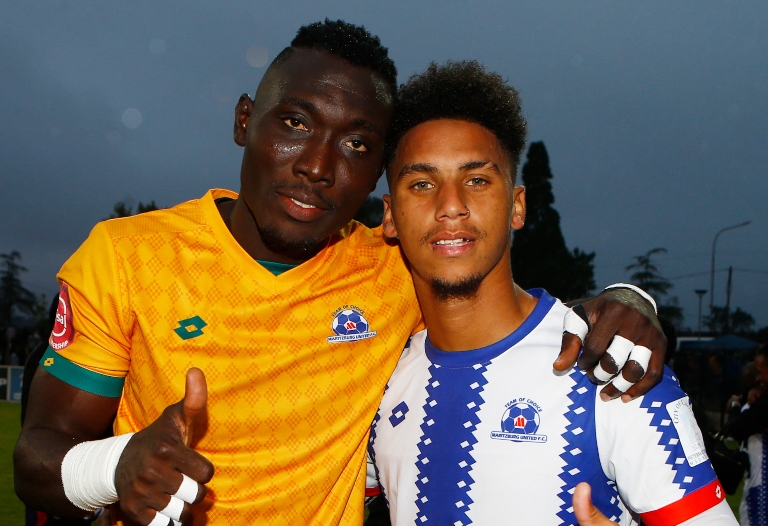 A source close to the Blue Hearts has revealed that the teams have reached a swap deal agreement that will see the duo join the Buccaneers.

“The coach (Eric Tinkler) is aware now that he will be without Ofori and De Reuck next season. That is why he played Bongani Mpandle in the Nedbank Cup to see if he could fill Ofori’s place. Both players are also aware of the imminent deal and they are excited. Ofori cannot hide it but De Reuck is naturally reserved so it is difficult to tell how he feels about the move,” said the source.

Ofori was previously linked to a move to Pirates but it didn’t materialise. He did hint at a move to a big team in his post-match TV interview last Friday, saying he wants to play Champions League football with a big team.

Meanwhile, as reported by Phakaaathi earlier, Pirates are working on a deal to sign Ofori, De Reuck and Judas Moseamedi from Maritzburg at the end of the season.

According to a source, the Buccaneers have sweetened the deal by offering goalkeeper Siyabonga Mpontshane, who is struggling to get game time at Pirates this current campaign.