It could still turn out to be a year of intense activity for Cape Town City’s Mozambican international Edmilson, even after more than four month of the novel coronavirus lockdown and no clear picture yet about when he will be back in action. 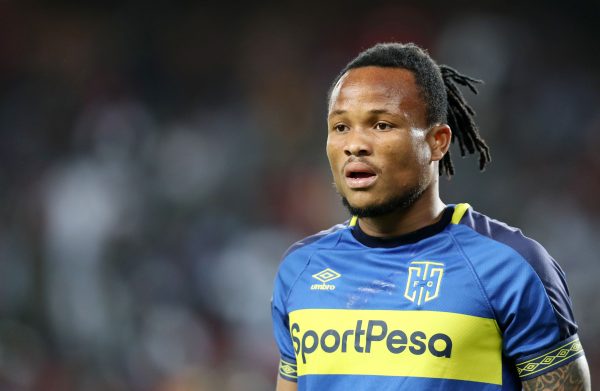 Hence, he is itching for a return to action and to get out of the starting blocks as the Premier Soccer League is expected to soon return after a long hiatus, and then international football later in the year.

Edmilson and his City teammates must complete the 2019-20 season and then will likely go straight into action for a new campaign. October is earmarked for a return to international football with the Africa Cup of Nations qualifiers to be completed first before the World Cup group phase qualifiers gets underway.

“For someone like me who is used to being on the pitch all the time, kicking the ball, being around my mates, it was a bit of frustrating. I had to adjust, training at home most of the time. It was a bit tough but we managed to get through and now we are back on the field again.”

Edmilson expects it might be a little tough to get find form quickly, after such a long break, which has been a novel experience for him and his teammates “None of us expect it to be easy because we’ve been out for such a long time.”

Edmilson is also eagerly anticipating a chance to go back home to Maputo, probably in November for a Cup of Nations qualifiers against Cameroon. After picking up four points from their opening two games in Group F he is confident Mozambique will reach the next finals in 2022 – after a 12-year absence.

“That our objective. We just need to remain focused in our objective and work as hard as we can, especially now to get our momentum back and take the national team to the finals.”

*Edmilson is one of three guests who feature on this weekend’s Cosafa show, which can be downloaded here. The podcast also features Banyana Banyana coach Desiree Ellis and details of the forthcoming elections for the Botswana Football Association.