Former Sundowns coach unsure over new role at GladAfrica side

Former Mamelodi Sundowns midfielder Alex Bapela says he is not involved in any football activities at the moment. 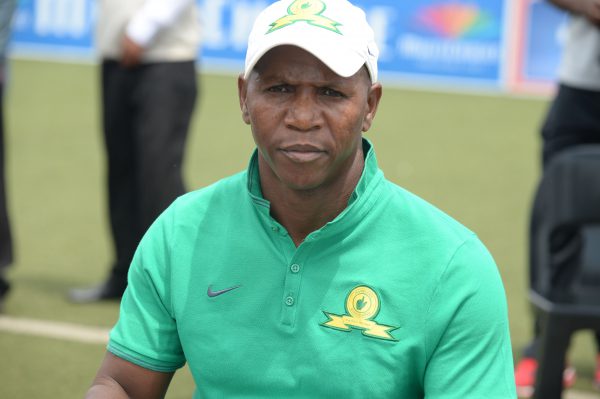 Bapela’s comments come after he was linked with newly formed club Sekhukhune FC, who are set to campaign in the Glad Africa Championship side next season.

Pitso Mosimane’s former assistant coach says it is impossible for anyone to say if they are with the team because the league is not active.

“It is difficult to say if you are part of a team or not. No player can say they have signed to a particular team, because we don’t know if the league will resume or not if there will be next season or not,” Bapela told Phakaaathi.

“Say there was a new team called Sekhukhune FC, they can’t sign players, there are no papers issued for them to be able to sign players,” Bapela added.

When asked if he would be the technical director of the newly formed side – they are set to take over from Tshakhuma Tsha Madzivhandila in the second tier after the latter bought Bidvest Wits’ status in order to campaign in the Absa Premier League next season – Bapela added:

“I believe so (that he could be the new technical director) it is difficult to say or do anything at the moment because we can’t move freely because of the lockdown. When we have a project we can’t even finish it, we have stopped with the little we have done so far.”