Amakhosi will resume  their DStv Premiership campaign with a clash against Black Leopards at FNB Stadium on Wednesday evening. 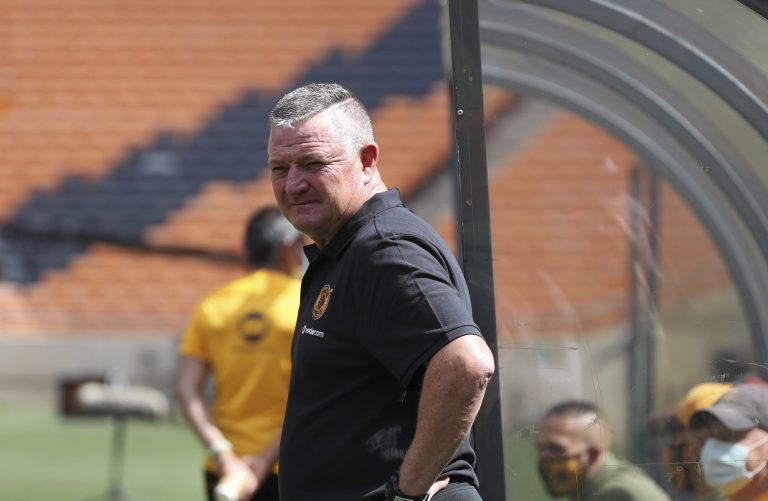 Kaizer Chiefs coach Gavin Hunt says his side needs to improve following their unconvincing display against PWD Bamenda in the second-leg encounter at home over the weekend.

READ: More injury woes for Chiefs ahead of Leopards clash

Even though the draw was enough to see Chiefs go through to the next round of the competition, Hunt was not happy with his side’s failure to convert chances.

“[I take] nothing [out of this game] we just go to the next game and try and go far from there,” Hunt told SuperSport TV.

“You get two clean sheets home and away but you also got to look at the opposition, let’s be fair, no way near PSL standard.

“But we’ve got to be better, you cannot be creating opportunities and its just the final pass, it’s been like a lot of the season, so tough team, physically tough but we opened them up a lot of times home,” added the former Bidvest Wits coach.

Amakhosi will resume  their DStv Premiership campaign with a clash against Black Leopards at FNB Stadium on Wednesday evening.

Leopards coach Dylan Kerr is hopeful that he can put together a strong side that will secure a victory over Chiefs.

“Every player that I know as to what they can do we have to look at them and we organise friendly matches so that we get the best eleven to start [against Chiefs],” said Kerr.

“I was encouraged by the changes we made because then we were on the front foot more, but we didn’t hurt Bloemfomtein in the end with all the possession that we had in the last 20 minutes.

“I have to look at these players and see what I have. Hopefully, we can go against Kaizer Chiefs and get the three points.”