Cardoso knows things have not been good, but is a firm believer that they could change. 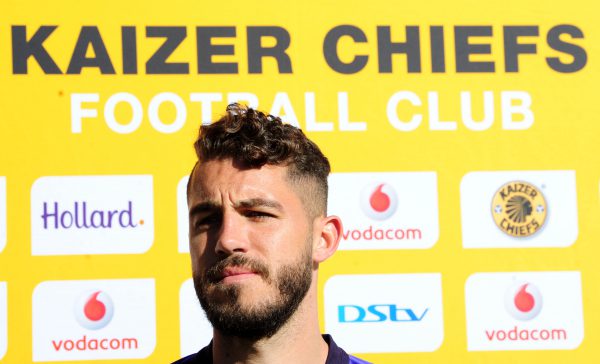 It is time to do better and catch up for Kaizer Chiefs who have had a slow start to their DStv Premiership campaign, sitting in a lowly 13th place after five games.

Amakhosi’s veteran defender, Daniel Cardoso knows things have not been good, but is a firm believer that they could change.

After a successful run to the second round in the Caf Champions League last weekend, the Naturena-based side return to domestic duties with a home fixture at FNB Stadium against Black Leopards tonight.

“We have a very tough game against Black Leopards,” said Cardoso.

“It’s never an easy game against them. They’ve had more rest and more time to prepare than us. It’s not easy playing every three days, but that’s why we have a big squad. In terms of preparation, we have had a day of recovery and two days of training.

“We are hoping to carry over the positivity from our Caf (Champions League) game, it was not the easiest of games but we played good football. The ball was played nicely along the park against the team from Cameroon (PWD Bamenda) and we hope to bring it into our game against Leopards,” added the 32-year-old.

Amakhosi have to start collecting full points if they are going to be competing for the league title again this season, having lost it on the final day last term. Cardoso is positive that they can turn things around.

“We need the three points because we have fallen behind on the log. We haven’t had the best of starts to our season and we want to get back on track. Everyone knows what’s at stake, everyone knows we need to start performing better.

“It’s not going to be easy, but I think we will be up for it. If we just take the confidence from last weekend’s game and convert our chances, I think we will get back to winning ways. We haven’t won a game for quite some time now in the league and we need to turn that around.

“It’s also going to be vital to keep a clean sheet. The coach has been good with us and we have been working on tactics and it is up to us now to perform,” said Cardoso.

Amakhosi meanwhile announced that they will be without Dumisani Zuma for their game tonight after he suffered a hamstring injury at training and Kearyn Baccus who has a thigh muscle strain.

Lidoda Duvha will however surely make Amakhosi sweat as they have always been able to put up a serious fight against the Soweto giants.

The Venda-based side will also be high on confidence having performed much better in their last game, a league draw against Bloemfontein Celtic.