"Samir Nurkovic returns to training this week. His progress will be monitored and further updates will follow," said coach Gavin Hunt when asked about the availability of striker Samir Nurkovic. 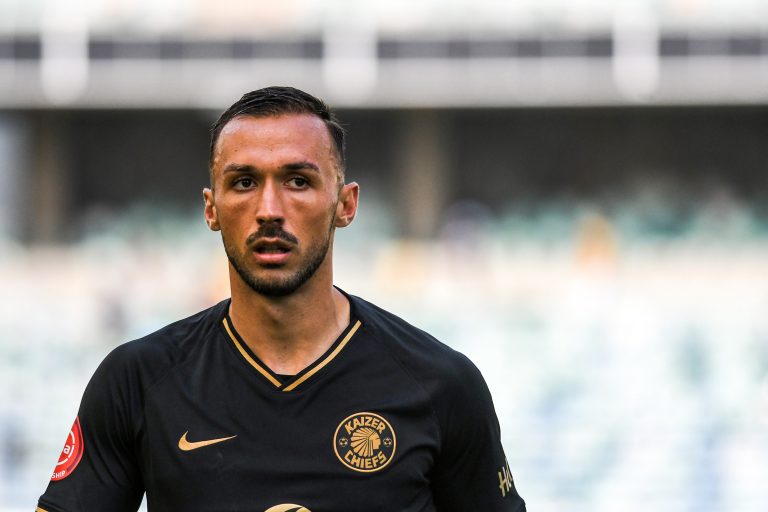 The Serbian striker started the 2020/2021 season on the bench nursing an injury that he picked up in pre-season.

The lanky striker has not featured in any of Chiefs’ matches under the Hunt era. Nurkovic was thought to be out with an injury but coach Hunt revealed he is fit to play but there were other issues preventing him from fielding the striker.

Nurkovic finished as the club’s top goalscorer at the end of last season in what was his first campaign with the Amakhosi. He was also linked with a move away from Chiefs as he reportedly attracted interest from other clubs with coach Pitso Mosimane’s Egyptian side Al Ahly said to have tabled an offer for the Amakhosi goal poacher.

Following Hunt’s comments after his side’s game with Black Leopards, the striker could be on the side-lines fuelling rumours that have put his future with Chiefs at a knives’ edge.

“Nurkovic has been fit for about two weeks now but obviously there are other problems,” Hunt told SuperSport TV.

“Those problems must be sorted out first. I mean he could play but let’s leave it for another day.”

Nurkovic watched from the stands as his team played to a 2-2 draw with Leopards on Wednesday night at the FNB Stadium needing a goal to secure three points. In Nurkovic’s absence the Amakhosi have struggled to score goals in previous matches.