McCarthy steered Usuthu to a second place finish in the DStv Premiership after joining the club last year in December. AmaZulu FC coach Benni McCarthy says he couldn’t have won the Coach of the Season award it if wasn’t for his technical team and his players.

OPINION: Choosing Benni over Sundowns duo is just not right

McCarthy steered Usuthu to a second place finish in the DStv Premiership after joining the club last year in December.

This was the best finish ever for the KwaZulu-Natal outfit, after qualifying for the Caf Champions League.

“I would like to say thank you very much for voting for me and for having me as the coach of the season award. I couldn’t have done it without my technical team, my amazing technical team, their work ethic, their loyalty has given me the freedom to work to the best of my ability,” said McCarthy.

“As a team we were able to get over the line and make sure the team qualifies in second position for the Caf Champions League, so I am grateful for these guys.”

The Usuthu coach added that the players deserve all the credit for their work this season.

“But most importantly, the guys who should be taking all the credit must be the players. The players have been fantastic since I walked through the door, they have given me everything and more and they were able to have the best season, a historical season for AmaZulu,” he added.

“I am thankful for their hard work, their determination, their sacrifices and their willingness to learn to improve and be better.” 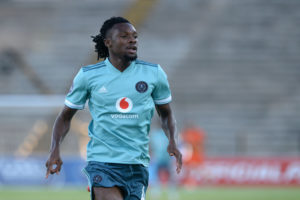 Ndah key for Pirates, says Davids ahead of AmaZulu clash
2 hours ago
2 hours ago

Ndah key for Pirates, says Davids ahead of AmaZulu clash
2 hours ago
2 hours ago