'The big one at the moment is Orlando Pirates. I’m certain that a move to Pirates will make him very happy,' a source told Phakaaathi. 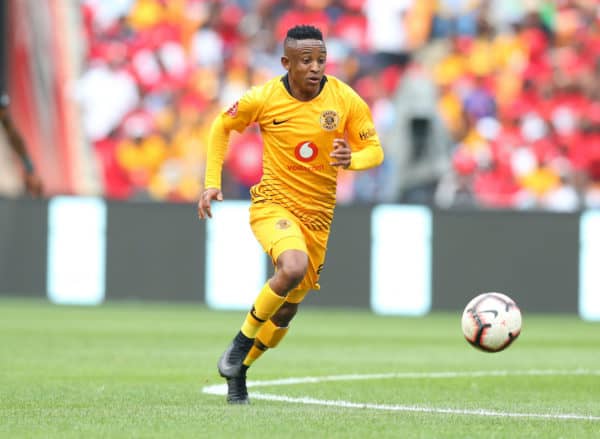 Hendrick Ekstein, seen here playing for Chiefs against Pirates in 2019, could be wanted by the Buccaneers. Picture: Samuel Shivambu/BackpagePix.

The possibility of former Kaizer Chiefs midfielder Hendrick Ekstein joining Orlando Pirates is very high, with the midfielder’s stay with Azerbaijan based outfit Sabail FK in its last days, a source has revealed.

Ekstein joined Sabail back in January 2020, joining the club from Sabah FK, and his contract with the side is up at the end of this month.

The former Amakhosi dribbling wizard left the Naturena based outfit in 2019 for a spell in Europe.

And even before going overseas, Ekstein was said to be on his way to joining the Buccaneers.

After almost three years, the talented midfielder is back in the country with the intention of continuing with his career and he is keen on joining a big club, with the chances of re-joining Chiefs very slim.

“Sure, he is back in South Africa. His contract with Sabail is due at the end of this month. It doesn’t seem like he will be going back because and there are many options to choose from, in terms of a new team in the DStv Premiership. The big one at the moment is Orlando Pirates. I’m certain that a move to Pirates will make him very happy,” said the informant.

“However, it is not that simple because there are lots of factors that might make him not choose Pirates. You know, things like game time, because he is someone who has been playing regularly in the last two years. At teams like Pirates, Mamelodi Sundowns or even Chiefs there is no way a player is guaranteed game time.”

The 30-year old Ekstein was one of the fan favourites during his time with Amakhosi where he spent more than five years with the club. It was at Chiefs where his football career looked to be on the right path when he was promoted from the juniors to the senior team in 2014.