'We kept on learning as the campaign went on' said the Kaizer Chiefs midfielder. 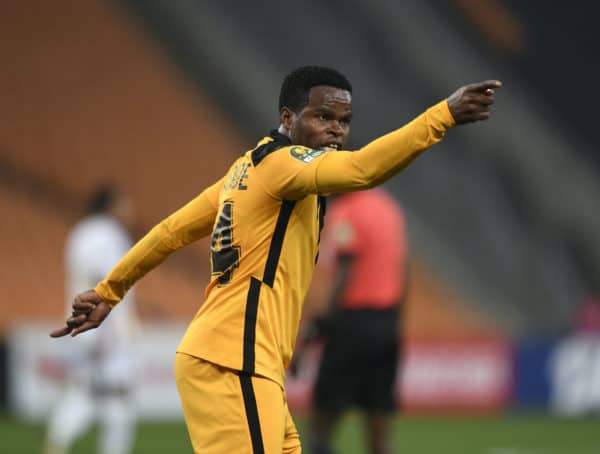 When Caf Champions League finalists Kaizer Chiefs drew against lowly Cameroonian side PWD Bamenda, way back in the second leg of the  preliminary qualifying round, many saw that as sign of another muted run by the Naturena side in the competition.

It was believed in some quarters that Chiefs had participated in the competition because they had qualified for it, to tick the attendance box, to avoid getting in the Confederation of African Football’s bad books. Having won the first leg away, Amakhosi went through to the following round, but not many expected them to get much further.

Now, of course, it is Chiefs who have had the last laugh, going all the way to the final, where they will play Al Ahly at the Stade Mohammed V on July 17.

“The funny part about our run in the Champions League this season is that people never gave us a chance. We carried the underdog tag from day one. After we won the first game away against the Cameroonian side, we only managed to draw the second one at home,” said Katsande.

“It was in the middle of the season when we started and we were not doing well (at home). People said we (Chiefs) could not beat a lower-league team and said they haven’t played a match in a long time. In the past, we went out in the early rounds of the Champions League.

“But have a lot of internationals in our team and we used that experience to our advantage. We kept on learning as the campaign went on. It was our turning point in terms of the competition.

“We kept going and we eventually got to the group stages where we were drawn against Wydad, Petro de Luanda and Horoya. Those are teams who have been doing well in the competition over the past few years. Nobody gave us a chance of making it through that group.

“But we knew we needed to win our home games to make it past the group stages. In the first game we drew against Horoya and then went away to Wydad and we lost 4-0 and a lot of people really thought that was it for us… but we kept going.”

And , to cut Chiefs’ long story in the Champions League short, they beat Wydad Casablanca at home in the group stages, and then knocked them out in the semifinals, to earn a showdown against Pitso Mosimane’s Ahly, and a chance to win a first ever Caf Champions League.