What are Orlando Pirates’ new signings bringing to the club?

We decided to take a look at the four new Bucs signings and what they are bringing to the club and the competition they will face for a place in the team. 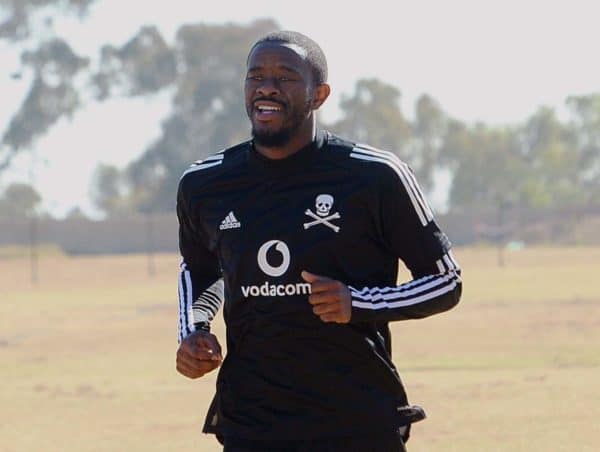 The depth and strength of the Orlando Pirates squad has continued to make the be one of the teams to look out for next season with their recent unveiling of four new players at the club.

Pirates managed to strengthen their defence, midfield and the striking as their quest to build a formidable squad continues.

Pirates, however, have arguably been one of the clubs with a strong squad in the league, unfortunately, results have not fulfilling for the Buccaneers.

Just last season, Orlando Pirates added more quality players in the team, with the club having a good start by winning the MTN8, but as the season went by, the Buccaneers lacked consistency and one might blame the number of injuries the team succumbed to.

With the arrival of Monnapule Saleng, Kwanda Mngonyama, Goodman Mosele and Bandile Shandu, the Bucs technical team are looking to avoid events of last season where they had to play with makeshift striker Deon Hotto and sometimes midfielder Siphesihle Ndlovu forced to play at right-back.

We decided to take a look at the four new Bucs signings and what they are bringing to the club and the competition they will face for a place in the team:

Saleng joins Pirates following a successful season with Free State Stars in the GladAfrica Championship which saw him net 13 goals in 29 games. The striker ended as the league’s too scorer. With Pirates having struggled with their strikers who spent most of the season injured, Saleng, who is 23-years old is a perfect fit in the Pirates squad and will be competing for places with the likes of Zakhele Lepasa, Gabadinho Mhango, Tshegofatso Mabasa and Terrence Dzvukamanja.

With a vast of experience playing in top flight football, Mngonyama came to Pirates at the right time with their most experienced centre-back Happy Jele seemingly on his last days with the club considering his age. Mngonyama is one of the highly rated centre-back in the country who is also versatile with the ability of playing in midfield. He is very composed on the ball and he is able to marshal his back-four very well. Jele will certainly be one of his competitor to be in the line-up, as well Thulani Hlatshwayo, Justice Chabalala and Ntsikelelo Nyauza.

Having played for almost 10-years at Maritzburg United, Shandu has proven to be a solid right-back even though he started as a right-midfield. He is not afraid to go for a tackle and has the ability to add into the teams attack. He will be fighting with Abel Mabaso and Wayde Jooste for the right-back position at Pirates.

Mosele has been part of Baroka FC since his teenage years. The midfielder is considered one of the best in the country with his food technique and reading of the game. At 21-years, Mosele might not have reached his peak yet, but he is very promising. The likes of Thang Monare, Ben Motshwari, Fortune Makaringe, Siphesihle Ndlovu, Nkanyiso Zungu will have to step up their game with Mosele having the ability to own the Pirates midfield looking at his consistency at Baroka.