'Us footballers have the opportunity to lift the spirit of our motherland using football as a nation building tool,' said Tercious Malepe. 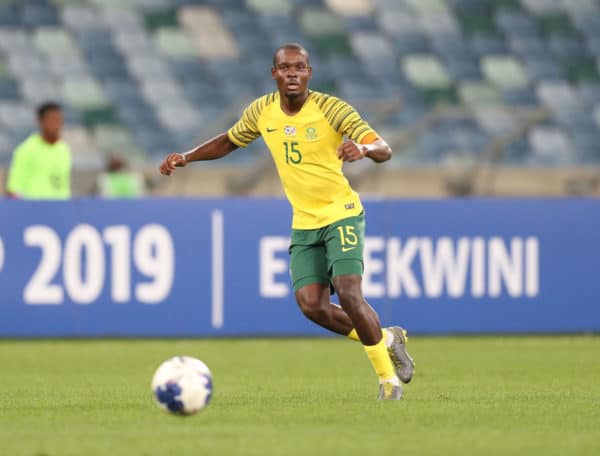 South African Under-23 captain Tercious Malepe says if the team does well at the Tokyo Olympics in Japan, that will boost ther spirits of the country following the unrest in Gauteng and KwaZulu-Natal in recent days.

Malepe, who will be competing at his second Olympics after featuring for South Africa in Rio de Janeiro, Brazil in 2016, will become the first South African male footballer to have played at two Olympic Games.

The defender will be captaining the side – the team will be playing in their third Olympics tournament having done so in Sydney, Australia in 2000 and Rio.

“Us footballers have the opportunity to lift the spirit of our motherland using football as a nation building tool. It is a huge honour for me to become the first ever South African footballer to represent my country in two Olympic Games. If we do well, this team can heal the country and showcase the good side of Mzansi,” Malepe told Safa.net.

The South Africans will kick-off their Olympic campaign with a clash against the host nation Japan on 22 July at the Tokyo Stadium in Group A.

Going into that game, the defender admits it won’t be simple for them to beat the Asians, but adds. that they have done their homework on them.

“Japan will not be an easy task but we have studied their style of play and we have a few of the same qualities as them in our squad. We are in a tricky Group A, but we too are a force to be reckoned with.”

The rest of group fixtures will see Malepe and his teammates take on France on 25 July at Satiama Stadium, before finishing off the group stages with a meeting with Mexico at Sapporo Stadium three days later.

The top two teams in each of the four groups will make the quarterfinals.