Mamelodi Sundowns were named Glo Caf Club of the Year in an award ceremony held in Abuja, Nigeria on Thursday night. 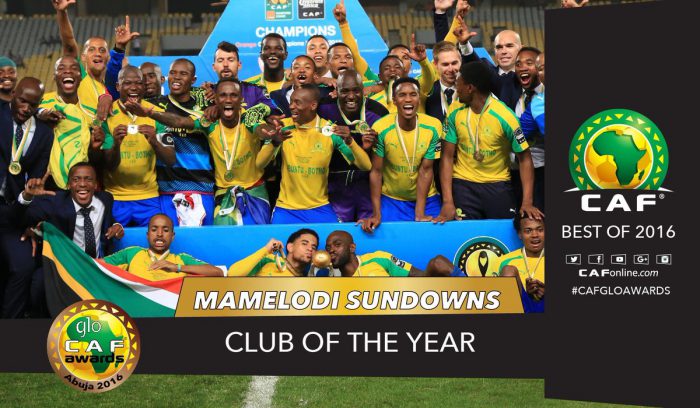 In the meantime, the Brazilians coach Pitso Mosimane won the Coach of the Year award.

Sundowns won the 2016 Caf Champions League and are the defending Absa Premiership champions.

They represented Africa in the Fifa Club World Cup in Japan in December, where they failed to reach the semi-finals of the competition after being knocked out by Kashima Antlers.

The tournament was won by Spanish giants Real Madrid.

Fifa give a firm 'no' to Safa, as refereeing World Cup protest is dismissed
4 hours ago
4 hours ago

Fifa give a firm 'no' to Safa, as refereeing World Cup protest is dismissed
4 hours ago
4 hours ago