Maritzburg hoping to down Chiefs 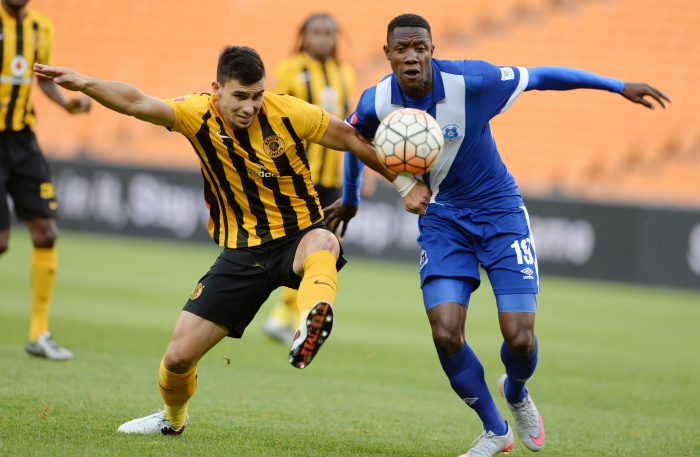 Evans Rusike of United and Lorenzo Gordinho of Chiefs during the Absa Premiership match between Kaizer Chiefs and Maritzburg United at FNB Stadium.(Photo by Lefty Shivambu/Gallo Images)

Maritzburg played to a third successive league draw when they were held 1-1 at Polokwane City on February 8.

The KwaZulu-Natal side has claimed eight points from as many home matches this season.

The Team of Choice is placed seventh on the Absa Premiership log with 20 points from 16 matches.

The Soweto giants have claimed 10 points from seven away matches this season.

The Amakhosi are placed fourth on the Absa Premiership log with 27 points from 16 matches.

In head-to-head stats, Chiefs and Maritzburg have met in 21 league matches since 2005/06.

The Amakhosi have nine wins compared to five for the Team of Choice, while seven matches have been drawn.

Maritzburg have won three of their 10 home league matches against Chiefs, suffering two defeats in the process.

When the teams met earlier this season, the Amakhosi claimed a 2-0 home win thanks to goals from Gordinho and Twala.

Maritzburg are unbeaten in their last six home league matches against Chiefs.