Kaizer Chiefs have a plan and they are sticking to it. When the match allows, they score as many goals as they can, and when the going gets tough, they grind out the result. 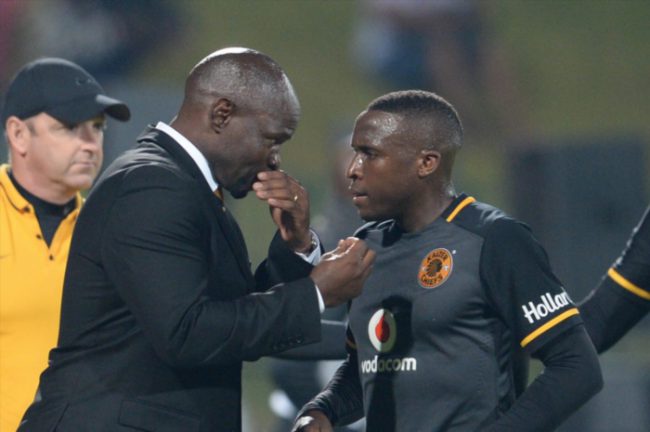 Amakhosi dug deep for the win on Saturday night in Pietermaritzburg where a spirited Maritzburg United fought like wounded tigers.

Steve Komphela’s team did what they had to do to secure a 2-1 win, with club veterans Willard Katsande and Siphiwe Tshabalala on the scoresheet.

The Glamour Boys were made to wait as Maritzburg’s defence proved unbreakable in the first half.

But Katsande opened the scoring, ghosting behind the Team of Choice defenders to head home George Maluleka’s free-kick five minutes into the second half.

The home side pulled one back through Mohau Mokate with just over 15 minutes to the end.

But Tshabalala made sure the Soweto giants went back home with the full complement of points which took them to second spot in the Premiership, just one point behind Cape Town City who beat Ajax Cape Town 2-0, also on Saturday night.

Speaking to SuperSport TV after the match, Komphela praised his players’ efforts, and asked for more of the same performances going forward.

“I must compliment the players even though there was a lapse of concentration when we conceded an equaliser. We can do better under such circumstances, we need to manage the game better but in terms of performance we can’t fault them, there was energy, there was excitement and also beautiful goals scored.

“I don’t know what Shabba is having these days, but whatever it is, he needs more of it,” said Komphela.

Komphela said his players told him at half-time that they were tired of coming out of Harry Gwala empty-handed.

“You know how difficult it is to come here to Harry Gwala, but players were saying in the dressing-room that they needed to break this and they did it,” he said.

Amakhosi’s next assignment is a tricky match against struggling Highlands Park whom they host at Durban’s Moses Mabhida on Saturday.