Royal Eagles co-owner, Sbu Mpisane has told Phakaaathi that the police who are reported to be looking for Masibusane Zongo should be charged with incompetence. 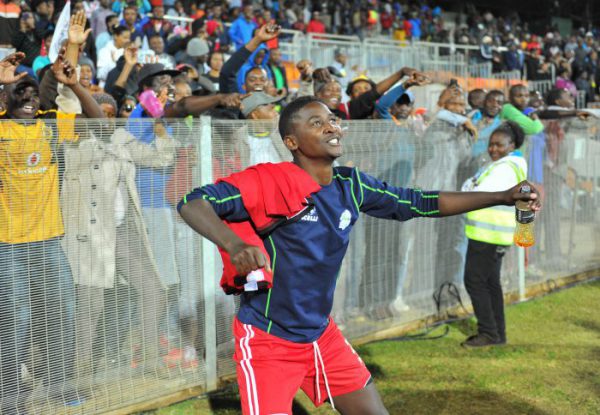 Reports spread on Friday that Zongo was wanted by the police relating to a rape case dating back to 2013.

According to reports, police have issued a warrant for Zongo’s arrest and have named him in a bid to find him. But Mpisane said it was laughable that the police could not find someone who is in the public eye for so many years.

“How could they be looking for him for so long. Zongo is not a hardened criminal… He played at Platinum Stars and at Chippa (United) but unfortunately he has not played in any of our matches, where were those police?,” he added.

Zongo has been with the National First Division (NFD) team since the early last year but has not been with the club for a while as the team believes he has gone AWOL.

“We don’t know where Zongo is,” said Mpisane when asked about the whereabouts of the former Dikwena player.

“But I want to investigate this issue further. Maybe I should call that policeman and ask why he is looking for him now. That is gross negligent. Everyone knows where Platinum Stars, Chippa and Eagles are based. All they had to do was come to the games and wait for him in the change room and call him aside and arrest him,” said Mpisane who is a former Durban Metro policeman.

Limited number of fans to attend MTN8 Final, no tickets on sale
13 hours ago
13 hours ago

Limited number of fans to attend MTN8 Final, no tickets on sale
13 hours ago
13 hours ago