Orlando Pirates will lock horns with Maritzburg United in an Absa Premiership match at the Orlando Stadium in Johannesburg on Tuesday. 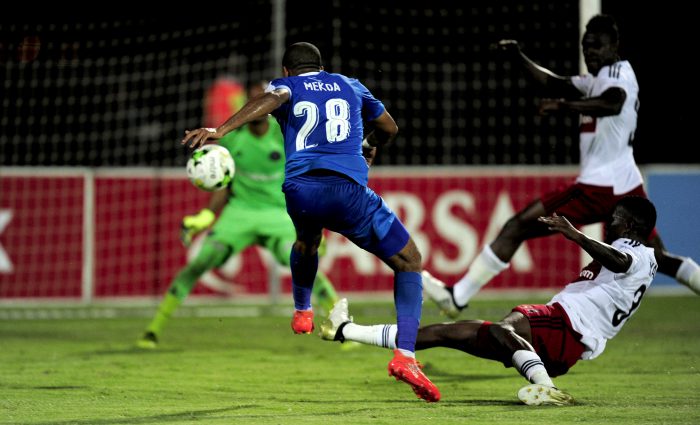 Prior to the match, Pirates had lost 3-2 to the Stars in their last league match at the same venue a over week ago. Tendai Ndoro scored for Bucs, while Thela Ngobeni netted an own goal.

The defeat extended the Soweto giants’ winless in the league to 12 matches. They have recorded five defeats and seven draws since beating Chippa United away last November.

Pirates are placed 12th on the league standings with 23 points from 21 matches. They are three points above the relegation playoff spot.

Bucs midfielders Oupa Manyisa and Mpho Makola showed glimpse of their old form against Stars in the Cup game – both scoring. They will look to inspire their side to another victory on Tuesday.

Kjell Jonevret, the Pirates coach, believes that if his key players can step up consistently they can go on a winning run.

“A new game on Tuesday that could be a totally different one,” Jonevret said.

“But of course I know the players much better now, after four or five weeks, but we absolutely have three or four key players,” he added.

“Makola was out in the last game for example, and we saw what he gave (against Stars), we have a few that have to be there for the team to play good.”

Meanwhile, Marizburg overcame Ajax Cape Town 2-1 in their last league match in Pietermaritzburg with Andrea Fileccia and Brian Mandela netting for the home side.

The victory ended the Team of Choice’s losing run in the league. Before facing Ajax, they had lost two consecutive matches after beating Free State Stars at home two months ago.

They are placed eighth on the league table with 26 points from 22 matches. They are just a point behind seventh-placed Polokwane City.

Fit-again Fileccia has opened his scoring account for Maritzburg. The Belgian forward will be keen to score against Pirates and help his side win.

Maritzburg coach Fadlu Davids insists that Pirates remain a good side despite their struggles in the league.

“What is important for us is to keep producing good performances, results will take care of themselves,” Davids said.

“They are a good team and have fantastic individual players. I have watched their games since the new coach arrived, they are well structured. We cannot be fooled by their log position. We will give them the respect they deserve.”

When Maritzburg and Pirates met in the first round league encounter, the former emerged 2-1 winners in Pietermaritzburg last December.

Bevan Fransman and Brian Mandela netted for Maritzburg, while Ayanda Nkosi scored for the Buccaneers.