Mondli Mpoto says he will work very hard to be in the final SA Under-20 squad that will be competing in the Fifa World Cup in South Korea next month. 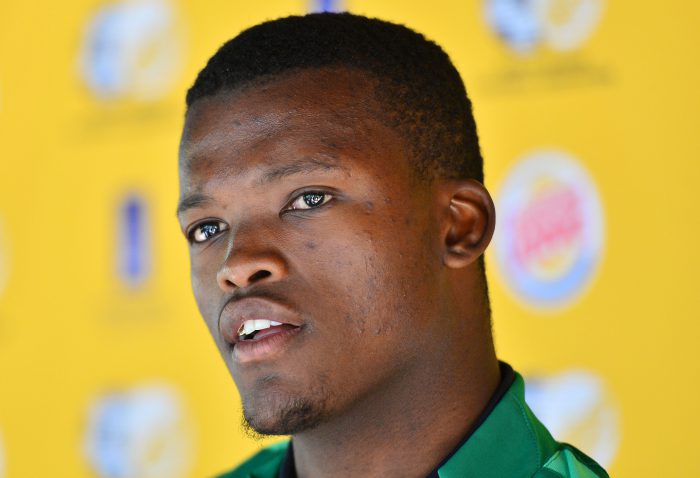 Mondli Mpoto during the South Africa Under-20 Media Day at the Fun Valley. (Samuel Shivambu/BackpagePix)

The SuperSport United goalkeeper represented South Africa at the 2015 Under-17 FIFA World Cup in Chile in 2015 and is relishing the chance of playing his second youth World Cup.

“It is really an honour for me to be part of this team. I am going to work very hard to ensure that I am part of the team that will go to Asia next month. It feels very good to get a chance of playing in the World Cup again,” said the 19-year old shot-stopper.

Mpoto is currently in camp with the Amajita squad that will leave for the Netherlands next week Tuesday, where they will play friendly matches against the likes of Ajax Amsterdam and PEC Zwolle.

“We are playing European nations, so it is important we prepare thoroughly. We are hoping to learn more about their style of play and be ready for the competition.”

The team will come back to South Africa for three days from the Netherland and move their camp to China, before going to South Korea.