Leopards will be looking to bounce back to winning ways when they host AmaZulu on Saturday afternoon. 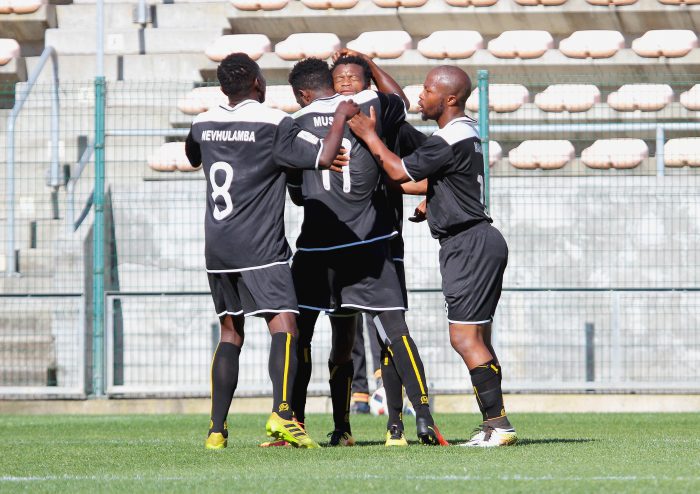 When his team was trailing Jomo Cosmos 2-0 in a crucial National First Division match on Wednesday, the Belgian mentor was animated on the touch line as he urged his players forward, even fetching the ball and handing it back to them when he felt the ball boys were too slow.

“I don’t like losing,” he said afterwards. “When I took this job my aim was to promote them to the big league. I set myself a mandate to take this team to the Premier League,” he added.

He was however left disappointed as his team lost the match 2-0, but said he couldn’t fault the players for they tried their best on the day.

“I don’t understand what happened with my players today. It’s difficult to make out why we didn’t score because they took shots at goal.

“But we will work on it. We need to amend the mistakes. We couldn’t take our chances and that needs to change. I have tried to instil winning spirit in the team,” he said.

He also admitted that maybe Ezenkosi’s style of play – aggressive by nature – may have been a little too much for his young and inexperienced team.

“It was difficult against Cosmos because they are more aggressive and have more experienced players.”

Looking ahead, the Belgian who has worked extensively in Africa including a stint with Nigeria’s Super Eagles as assistant to Sunday Oliseh, admitted that catching up to leaders, Thanda Royal Zulu is almost impossible with five matches to go.

“Thanda are already too far,” he said. “But in football, everything is possible. But what’s important for me is not to look at Thanda or look at teams behind me or in front of me… What’s important is looking at my players – it is in their hands to take us to the play-offs. I have to make sure they understand the situation.”

Lidoda Duvha’s next assignement is a top of the table clash against a resurgent AmaZulu who are now second on the table following a recent good run of wins. Luscuito is hopeful of a win against Usuthu.

“I have good players and I am happy with it. We have five games to play. We play AmaZulu next and we need to win at home against them. It works in our advantage that we are playing at home. Thohoyandou can be very hot and intimidating to visitors.”

Cape Town All Stars meanwhile eased their relegation worries with a 1-0 win over University of Pretoria on Friday afternoon.