Thanda Royal Zulu manager, Jomo Biyela has revealed that the team will not go crazy about their promotion to the Absa Premiership. 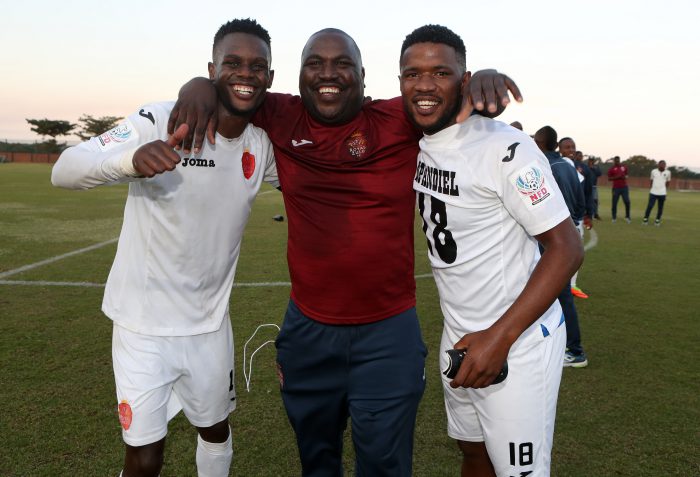 Biyela added that Amabhubesi will keep cool heads as they prepare for life in the big league.

Thanda sealed their place in the Premiership with three games to spare when they beat Stellenbosch FC 2-1 on Wednesday afternoon.

Speaking after the match, Biyela said: “I will keep the young players because they are the future for us. I will not make the mistake that other teams who were promoted before us did and chase them away after losing just one game in the Premiership.”

He added that he now be looking at reviewing their contracts.

“For now my job is to ensure that I secure their contracts and then look at adding a few players to our roster. We will not add more than seven players.

“We need experience but we will not go for old players who are looking for pension. We need people who will give us what we don’t have and not those who will come here for their last paycheck.”

He revealed that they had already identified the players they will be going for, and said the understanding between himself and coach Roger Sikhakhane makes player recruitment easier.

“I always make it a point of coming to training every day to ensure that what the coach tells us is what happens.”