SuperSport United and Safa have agreed terms on the release of coach Stuart Baxter from Matsatsantsa to Bafana Bafana at the end of the current PSL season. 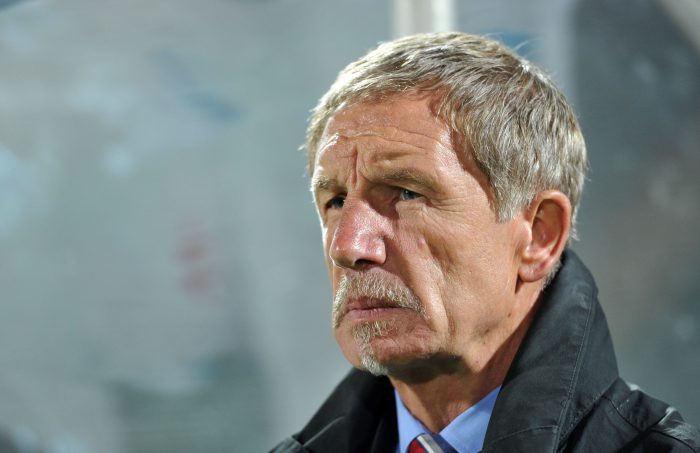 Baxter will be officially unveiled as the head coach of Bafana Bafana by Safa president Dr Danny Jordaan upon his return to South Africa from Caf and Fifa commitments.

The SuperSport coach will meanwhile, continue to fulfil his coaching responsibilities at the club for the remaining four Absa Premiership fixtures as well as the Nedbank Cup and Confederation Cup.

Safa and SuperSport have agreed to work together to ensure that the Baxter gets time off post the final league match on 27 May to prepare Bafana Bafana for the upcoming Afcon match against Nigeria.

The senior men’s national team takes on the Super Eagles on the weekend of 9-11 in Nigeria.

SuperSport CEO Stanley Matthews wished Baxter the best of luck for his second term as Bafana Bafana head coach, but stressed that the focus right now is still on the club retaining the Nedbank Cup and finishing in the Top Four of the League.

“We obviously did not want to lose Stuart as our coach. He has done a great job in getting us to the competitive level we expect as a club, however, we also understand that Stuart would like to have a final go at competing at a Fifa World Cup and that would be a fantastic achievement for the country as a whole,” said Matthews.

“But right now our focus, and that of Stuart’s, has to be on a strong finish to the League, becoming the first club to retain the Nedbank Cup and to fight our way through the group stages of the Caf Confederation Cup. So we are glad this matter is now settled and we can all focus on the job at hand which is meeting our football targets for this season and planning ahead for next season.”

Safa is also pleased that the matter has finally been settled.

“We are pleased to have finally reached agreement with SuperSport United on the release of coach Baxter. Safa believes that the coach has the necessary skills to navigate the tough qualification path for the Africa Cup of Nations and the Fifa World Cup. We thank Supersport United for their support towards the goals of the Association and its national teams,” Safa CEO Dennis Mumble.

Baxter joined Supersport United in January 2016 and led Matsatsantsa to a top eight finish and won them the Nedbank Cup trophy with a victory over Orlando Pirates on May 2016.

This season Supersport United reached the Telkom Cup final and will face Chippa United in the Nedbank Cup semi-final on the 20 May.

Upon the return of the Safa president to the country over the next few days, SAFA will avail Coach Baxter to the media and the South African public where he will outline his Bafana Bafana plans.