Veteran Magesi FC coach Shepard Murape is optimistic his team will avoid relegation but is also aware that he has to be realistic in his expectations from his young side. 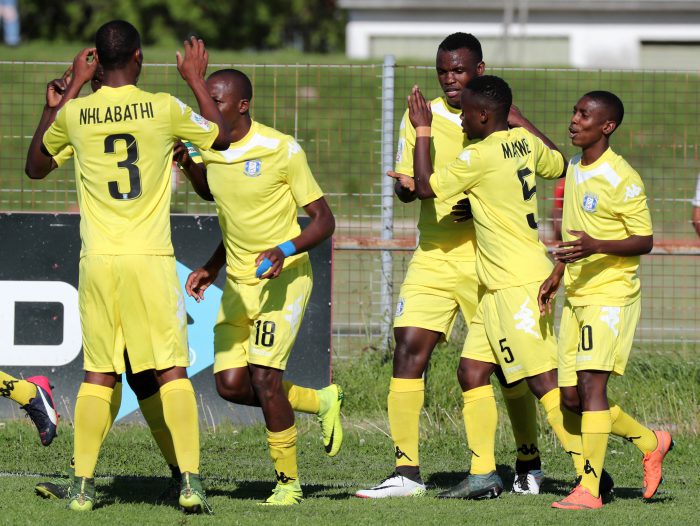 Murape’s team are second from bottom with 28 points, one behind Milano United who are a spot above them with two games to go. Murape admitted the task will be hard but insists if his boys believe it, it can be achieved.

“It can be done,” he told Phakaaathi. “When I got here the team were on seven points and we are now on 28 and that didn’t come easily. We had to work for it and if we continue in that vein we can survive,” he said.

Magesi were however taken apart by Black Leopards on Saturday and lost the match 4-1, but Murape believes the match will not affect their mentality.

“I spoke to the players this morning and told them that we have to accept the facts and not let the past phase us. We can’t let it decide the future for us. We have to look ahead.

“We played a very experienced team. Playing against Leopards in a full stadium with thusands of their fans in full voice was not easy. Conceding the second goal really shot out confidence. We started to panic. But we got one back and thought we could steal a point but it was not to be. An injury to first choice goalkeeper in the first 20 minutes was also a bad factor against us,” he explained.

Dikwena Tsa Meetse will have to dig deep for three points tomorrow as they host Real Kings who have secured their status in the NFD for next season.

“That doesn’t help us one bit,” said Murape on the Magic Boys’ situation.

“Such teams are the most dangerous because they are safe and can play without any pressure. You can’t expect teams to donate points to you, you have to work for them.

“We want nothing but a win from the Kings game, it is the only way we can avoid relegation,” he said. Magesi will then finish their first season in the professional ranks with an away fixture to Mbombela United on Sunday.