We need to score goals – Ntshangase

Black Leopards captain Siphelele Ntshangase admitted they had to be sharper upfront if they are to win promotion to the Absa Premiership next season. 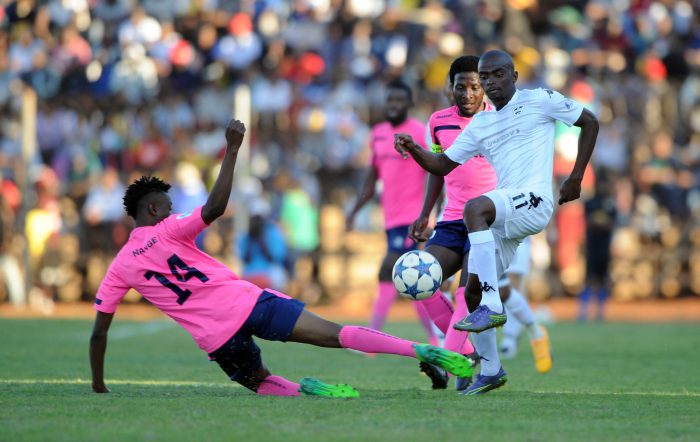 Lidoda Duvha started their promotion play-offs campaign with a goalless draw against Stellenbosch FC at Thohoyandou Stadium on Saturday afternoon.

Despite creating a number of good chances Leopards could not engineer a goal and now lie third with one point in the three- team group. The winners of the mini league will take the last spot in the Premiership.

Ntshangase predicted their strikers would start scoring on Wednesday when they face Limpopo rivals Baroka FC at Peter Mokaba Stadium.

“What’s important is for us to convert our chances. We didn’t do that today,” said Ntshangase in a post-match TV interview. “But going into Wednesday’s match, we will score.
“The key for us now will be to score goals and collect three points,” he added.

Stellenbosch jumped to the top spot after their second draw with two points and will be keenly hoping that Wednesday’s match also ends in a draw to keep their chances stronger.

The Cape Town team played a more defensive game at the weekend and tried to catch Lidoda Duvha on the counter, using Mame Niang’s height, but found Leopards unrelenting.

“Yes we parked a bus … we parked two buses. But it was one of those games, Leopards were buzzing. But we had the resistance and put our bodies on the line and showed character,” said Troughon.

Stellenbosch will have a week’s rest before their next match against Baroka on Saturday, and Troughton said they will use the time to freshen up and tend to the minor injuries they have.

“We have to look forward to the next two games now. We have a little break now. Let’s see if we can’t freshen up a little.

“It’s demanding. But I told the players they have to be tough mentally for this,” he said.

Limited number of fans to attend MTN8 Final, no tickets on sale
7 hours ago
7 hours ago

Limited number of fans to attend MTN8 Final, no tickets on sale
7 hours ago
7 hours ago