Sundowns game not a do-or-die – Yeye

Veteran midfielder Reneilwe Letsholonyane says there is no pressure for SuperSport United to muster a victory over rivals Mamelodi Sundowns in their opening game of the league. 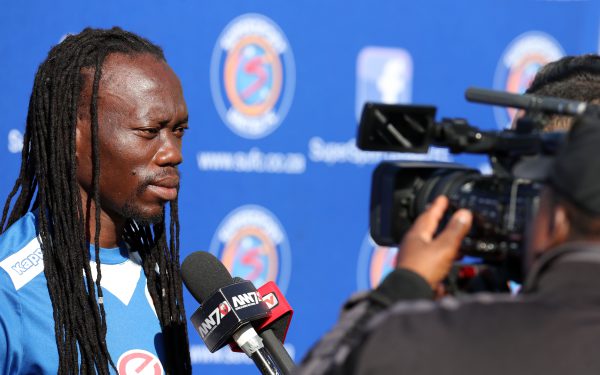 SuperSport and Sundowns are set to meet in what is expected to be a mouthwatering Tshwane derby at the Lucas Moripe Stadium on Saturday afternoon.

Downs have dominated this fixture in recent years, having handed down 5-0, 3-1 and 1-0 beatings to their crosstown rivals last season, while Matsatsantsa managed to get one over Pitso Mosimane’s side in a Nedbank Cup penalty shootout.

“We all know that Sundowns are one of the best teams in the country and they are the champions of the continent … they are a good team,” ‘Yeye’ told reporters.

“It is important to have a good start because it removes the pressure of chasing results and points. So if you start getting three points you know that you are one step ahead than the teams who didn’t get the results.

“In saying that, we are not saying it is a do or die. If we don’t get the results that we want we will still go back to the drawing board and tighten the loose ends and focus in the next game because it is not a race but a marathon,” he said.

United come at the back of a 1-0 victory over Kaizer Chiefs in the MTN8, while their counterparts were booted out of the competition by Maritzburg United with the same score-line.

The ex-Kaizer Chiefs midfielder refuses to draw much from the Brazilians’ setback.

“We are not looking much into their result against Maritzburg. The fact remains that they are still a good team and they can hurt you any day.

“They have not rested for two years,  but they know how to deal with it and we can’t say we have an upper hand because of that. But if we do the right things on the pitch and if we do what we have been practicing with our coach, I think we can get a proper result.”