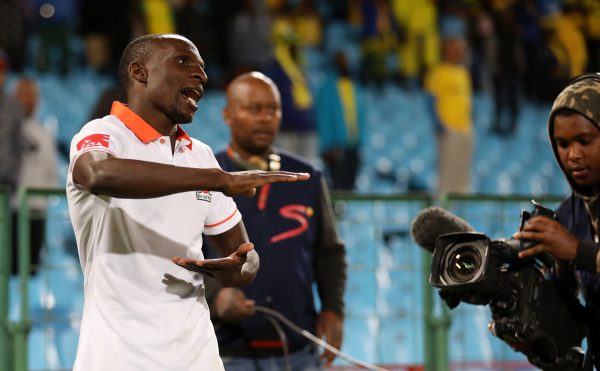 Ramagalela scored a brace against the Brazilians and helped Rise and Shine register a shock 2-1 win over the African champions at Loftus Stadium on Tuesday night.

“It’s a nice feeling to score against Sundowns. I knew I will score because I studied their defence. They are very slow and over-confident, and I said this my chance to score,” said Ramagalela after the game.

Ramagalela played for Sundowns between 2013 and 2015, but the striker says he had nothing to prove against his former employers.

“No, there is nothing to prove against Sundowns. As you know as Polokwane City, we are on a mission to be in top eight again.

Ramagalela scored a brilliant goal to regain City’s lead after George Lebese equalised for Sundowns from the penalty.

The 28-year-old striker says there was nothing special about the goal.

“That one I scored I can say is one of the best, but I have scored similar goals before. I scored a similar goal when I was still playing for Sundowns against Ajax in Cape Town.

“I saw him [Denis Onyango] off his line when I turned, and I took a chance and it went in.”