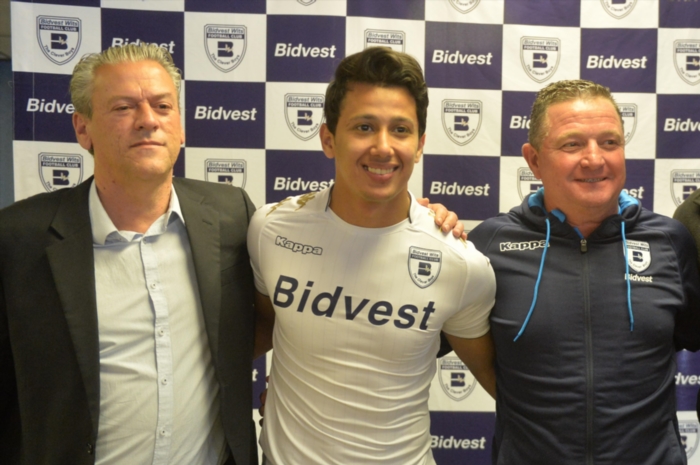 Gamal joined Wits on loan from Egyptian giants Al Ahly and was unveiled at a media conference on Tuesday afternoon.

Hunt says he was impressed by the player when he saw him playing in the Caf Champions League back in March.

“This is what I mean when I say the [CAF] Champions League helps us, I saw him play against us twice and I just took a shot in the dark with my CEO and asked, ‘can we do something [to sign the player]?” revealed Hunt. “We obviously met and spoke, and got the ball rolling from there.”

“He’s a player that I think can help us, I think he’s an old-fashioned number-nine – I like those types of players,” he added.

“I think he can create goals and score goals, he’s at a good age as well. He’s had a very good upbringing in terms of his development from a club like Al Ahly – he’s been there since he was a young boy.

“Obviously I watched the two games [Wits vs Al Ahly] live and I watched a lot of footage of him to try and lead us towards making the right decision.

“To be fair, to Jose and the club [Wits], they’ve been very good and supportive, and I just hope it works out, and I’m sure it will.”