Troughton out, Eymael in at Free State Stars?

Phakaaathi has learnt that Free State Stars have parted ways with coach Sammy Troughton after just two games into the season. 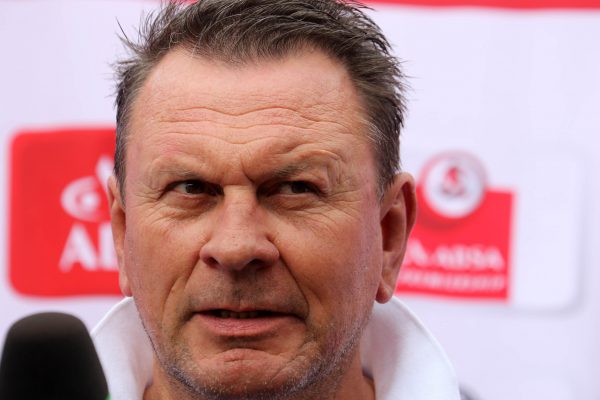 According to a source close to Ea Lla Koto, Troughton will be replaced by former Polokwane City coach Luc Eymael.

“Eymael was at Goble Park last night, watching the game between Stars and Wits. He will be the next Stars coach,” said the source.

“The decision to axe Troughton came after the loss to AmaZulu. The management felt that the team won’t progress under him. They were also looking at bringing in [Jean Francois] Lusciuto from Leopards, but he was tied to a contract, so they opted for Eymael,” added the source.

Troughton confirmed to Phakaaathi that he has parted ways with Ea Lla Koto.

“I would say it was mutual,” said Troughton on the decision.

“I wasn’t happy and they were not happy, it was not a healthy working relationship over the last couple of weeks.”

Attempts to get a comment from Stars general manager Rantsi Mokoena proved fruitless as his phone rang unanswered.

Phakaaathi, however, has gathered that Stars are set to announce Eymael’s appointment later today.