Recently released Ajax Cape Town Thomas Chideu has accused the club of making it difficult for him to join another club in South Africa. 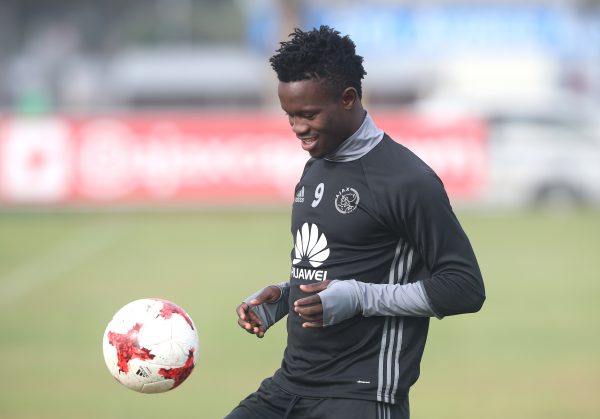 The Zimbabwe youth international, who joined Ajax in 2015, parted ways with the Urban Warriors, and is set to head back to his home country to find a new club.

“I cancelled my contract with Ajax, and [Monday] is my last day with the club. I’m just finishing up on a few things, but by the first week of September I should be back in Zimbabwe.

“I’m still talking to my agent to see which team I can join back home for the remainder of the season.

“Since I’m a free agent there will be no problems with me getting a licence even though the Zimbabwe mid-season window is already closed,” Chideu told The Daily News.

The 20-year-old striker accused Ajax of not giving him a fair chance to showcase his skills.

“I have been patient enough with the club since I joined them. Last year they assured me that this season I was going to get game time with the first team.

“Even during preseason, I had a chat with the coach [Stanley] Menzo, and he said I was going to play this season, but to my surprise, they did not register me as part of the squad.

“I’m not getting any younger, and I’m at that stage of my career where I need to be playing regularly, so that’s why I decided to end my contract.”

Chideu concluded: “I was talking to Golden Arrows, and they were prepared to sign me on loan this season, but Ajax blocked the move, saying I was in their plans. It was the same thing with Royal Eagles as well. They wanted to take me on loan, but Ajax refused to let me go.”