My dad never put pressure on me – Bartlett’s son

Newcastle United forward Tyrique Bartlett says his father Shaun, a former Bafana Bafana striker, has never put pressure on him to achieve what he achieved in his playing days. 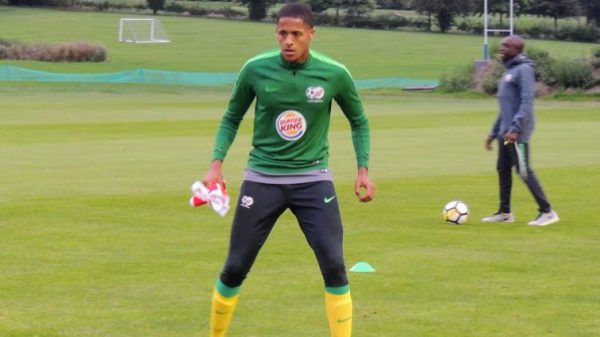 Tyrique is currently with the national Under-20 team in England for the Tri-nations tournament against Brazil and England, starting on August 30 until September 4.

“From an early age, my dad never put pressure on me. He told me to go out there and make a name for myself. The pressure mostly came from myself because I saw what he did in his playing days, so I was hard on myself than he was on me,” said the Newcastle development forward.

Tyrique adds that he is excited to be representing the nation.

“First of all, just being called up to the national team is so important to me knowing that all the people I am representing back home in South Africa. All the fans, my family, friends and knowing how big it is to them, just gives me the extra hunger that I need to go on regardless of who we play even though we know that Brazil and England are big opponents. We just going to give it our all and we will do our best. It’s going to be tough matches but I am confident we can do well.”