Ajax duo off to Amsterdam 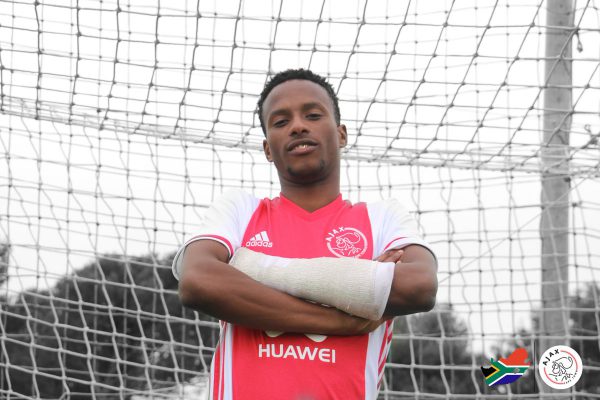 In a statement published on the club’s official website, Ajax said the duo will join their parent club in September.

Dean Solomons (18) and Leo Thethani (18) will join partner club Ajax Amsterdam in September on their return from London where they are currently on international duty with the South Africa U20 side. This is keeping with the existing licensing agreement which exists between both clubs looking to advance the careers of the Ajax Cape Town youth players.

The new management of Ajax Amsterdam, which now includes Marc Overmars and Edwin Van der Sar, have taken a special interest in the Urban Warriors Academy since they were appointed as Director of Football and CEO respectively.

Exciting plans between the two clubs are in advanced stages to further enhance the African Academy and will be revealed shortly. They have also earmarked further players currently in the Academy for a move to Amsterdam in the near future.

Dean and Leo have signed for the Dutch club’s reserve side, with the aim of breaking into the Dutch Eredivisie Team within the next couple of seasons.

'I don't look at the table', says Rama as he urges Chiefs not to agonize over the log
9 hours ago
9 hours ago

'I don't look at the table', says Rama as he urges Chiefs not to agonize over the log
9 hours ago
9 hours ago