Zwane and Ngobeni want out at Sundowns

Two Mamelodi Sundowns players have revealed that they remain in the team because they are bound by contract and not because they want to be with the Chloorkop-based side. 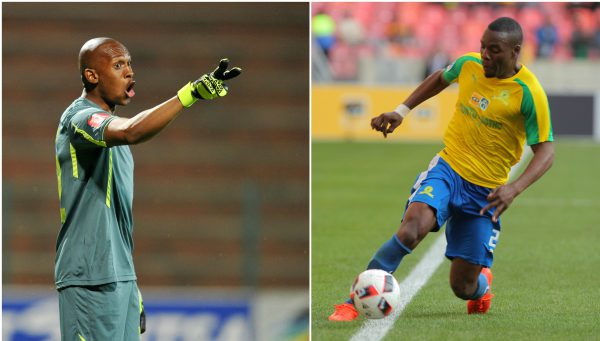 Thela Ngobeni and Siyanda Zwane want out at Mamelodi Sundowns.

Defender Siyanda Zwane and goalkeeper Thela Ngobeni told the media that they would have preferred moves away from Pitso Mosimane’s team.

The duo played for the Brazilians’ MultiChoice Diski Challenge team in last Saturday’s 3-0 defeat to Bloemfontein Celtic in Durban.

Zwane was quoted on Isolezwe on Monday saying he had hoped the team would not exercise the option to extend his contract when it came to an end in June.

“I am playing in the MDC is because I am starved for action. I didn’t get much game time last season. This was the first game in over eight months that I played from start to finish. This is my last season at Sundowns. People have forgotten about me because I have not been playing.

“I did ask for a transfer but it was declined and the club opted to exercise their right for a one year extension of my contract. They decided against letting me go because I am registered for the team’s Caf Champions League campaign and we do not have that many players available for the competition.

“There were teams I was speaking to who wanted to use me regularly. We were waiting to see what Sundowns would do with the option to extend on my contract. Although I wanted to leave but my mind is still here because I could not move.

“A player like me should not be on the bench. I mean, I am 32 now and I have a few years left to play. I love Sundowns whole heartedly but sometimes love is not everything and you have to put it aside,” said Zwane.

Ngobeni said he feels playing in the MDC is going backwards in his career. Ngobeni spent the past season at Free State Stars where he was the No. 1 keeper.

“I believe Sundowns should have released me or loaned me out again. Look at me now, I find myself playing in the MDC with young boys of 17 and 18 and I am 28. I should be playing for a Premiership team. I am denying young boys a chance by being here in the MDC. I am not happy that the team didn’t allow me to back on loan to Free State Stars.

“Unfortunately they took a decision. As a player I have to accept it and fight for my place in the team like everyone else. I played in the MDC for three years previously and I believe I am above that level now. It is just backtracking for me to play there.”