All Stars lose in dramatic NFD match in Cape Town

Mbombela United staged a dramatic second half come back to hand Cape Town All Stars their first defeat of the season in the National First Division on Sunday afternoon. 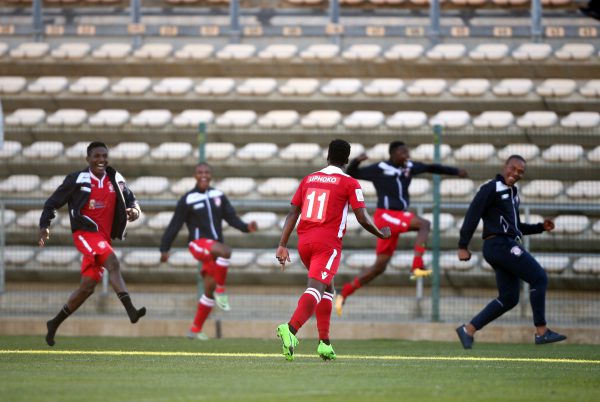 Igugu leKapa had gone into the half break 1-0 ahead after Ruzaigh Gamaldien scored in the 43rd minute. But things fell apart for David Kannenmeyer’s side in the second half.

Khethukuthula Zwane converted a penalty in the 53rd minute to equalise for Mbombela. Zwane completed his brace scoring from the penalty spot again in the 81st minute and Tshepo Liphoko made it 3-1 to the visitors right at the death.

The defeat saw Igugu leKapa fall to second place with Stellenbosch FC taking the first position after four matches.
At Vosloorus Stadium, Sicelo Mkhize scored within the first five minutes to hand Jomo Cosmos their second win of the season as they beat Richards Bay FC 1-0 also on Sunday afternoon.

The win took Ezenkosi to fourth place while the Rich Boys remain winless and bottom of the standings with just two points after four matches.