Platinum Stars dismiss reports that the club has been sold

Platinum Stars chairman Cliff Ramoroa says news that the club has been sold should be regarded as fake news. 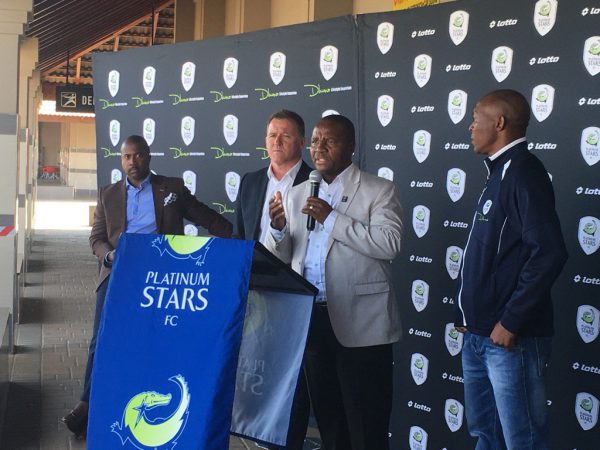 This comes after reports emerged that Dikwena were sold to businessman Thabo Mokgatle and that the sale would be announced on Wednesday.

“These are intentions to defocus and distract the team from its focus on doing well in the Absa Premiership. There is no agreement in place with any prospective buyer. We are intending to dispose the club in future but the normal process will be followed and interested parties will be called to make proposals. So far our focus is on doing well in the league,” added Ramoroa.

“We want to reassure our supporters that we have our eyes on the ball. We are steadfast in ensuring that we achieve the objectives we set for ourselves at the beginning of the season,” concluded the Stars chairperson.

Phakaaathi has been led to believe that Dikwena have been indeed sold and that the news was supposed to have been kept under wraps and someone leaked it to the media.