Kaizer Chiefs goalkeeper Itumeleng Khune has been in fine form for Amakhosi in recent matches, picking up three consecutive Man-of-the-Match awards in the process. 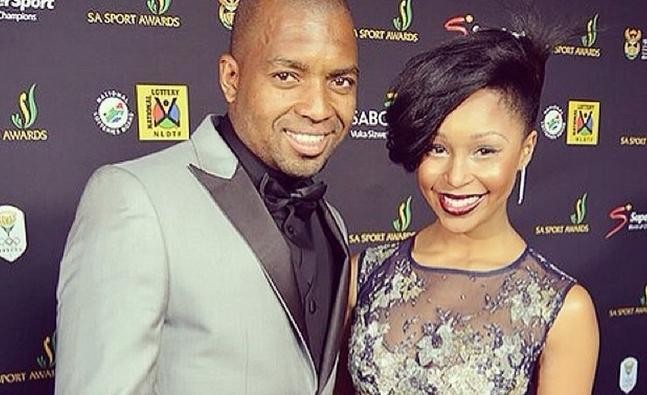 Twitter users believe Khune is on top form because he’s finally made peace with the fact that ex-girlfriend Minnie Dlamini is someone else’s partner.

Khune and Minnie were once one of SA’s favourite couples before they split in 2014.

Minnie has since gotten married to Quinton Jones, and Twitter users believe that this has something to do with Khune’s return to form.

So Minnie got married last weekend and Khune got his third Man of the Match consecutively in less than 10 days. What next? #AbsaPrem pic.twitter.com/B0i2gwV5gC

I think Khune has accepted that Minnie is gone forever!! He’s playing like a man with no stress!! #AbsaPrem #SSDiski pic.twitter.com/GvulHQlY1M

We cannot say Itumeleng Khune is the greatest goalkeeper because he failed to save his relationship with Minnie Dlamini pic.twitter.com/7OAyVTySRd

We Kaizer Chiefs fans at the moment We Hope & Pray Itumeleng Khune doesn’t find a Girlfriend till the Season End!! pic.twitter.com/OsNx0NMlGW

@MinnieDlamini your marriage is good for our team…Khune’s performance is tops. Wise move minnie! Please keep this one. pic.twitter.com/pvKKVnqF5a

“Ever since Minnie got married, Khune has gone from Minnie heart attack 2 winning man of the match game in & out”