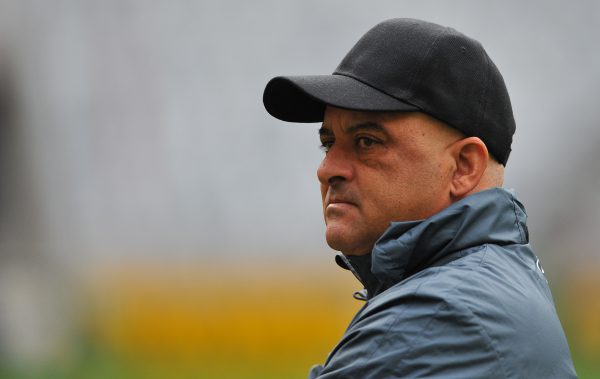 But before that, eyes will on Owen Da Gama who makes his debut as Highlands Park coach on Friday as he guides his side against Ubuntu Cape Town FC while reports suggest that Cape Town All Stars’ David Kannemeyer faces the axe should he fail to collect full points against Black Leopards.

Phakaaathi’s Sibongiseni Gumbi gives you a match by match preview of this weekend’s National First Division action which is bound to produce some unbelievable moments as teams fight for promotion to the elite division next year.

Highlands Park vs Ubuntu Cape Town FC, Makhulong Stadium, Friday, 3pm
Ubuntu have been good travellers while the Lions of the North have had a start so terrible they had to sack co-coaches Thierry Mulonzo and Les Grobler just six matches into the season. “They were not going to take the team anywhere. The players didn’t understand them and it is good that the management took a decision to replace them before it was too late,” said a source close to the team. Highlands have hired Owen Da Gama and he will be looking for a positive start to his club career after spending the last four years at AmaGlug-Glug and Bafana Bafana.

Cape Town All Stars vs Black Leopards, Athlone Stadium, Friday, 3pm
David Kannemeyer’s career is set to be cut short if his team fail to beat Lidoda Duvha. Kannemeyer had a good start to his career, guiding Igugu leKapa to the top of the NFD standings just three games in but things have since gone haywire and the team have fell down to seventh place after five matches.
Leopards have struggled and are currently 13th and need to start winning if they are to fulfil their promise to their fans that they will win automatic promotion this time around after failing in the play-offs last season.

University of Pretoria vs Mbombela United, Tuks Stadium, Saturday, 3pm
AmaTuks have gotten into gear and are cruise mode but could find the going tough against a Tingwenyama side who have also found their rhythm. Both teams come from good wins against Witbank Spurs and Highlands.

Super Eagles vs Real Kings, Goble Park Stadium, Saturday, 3pm
This should be a titanic battle as both have been stabilising over the past two weeks. Eagles come into the game from two back-to-back wins and should be high on confidence. The Magic Boys have also been doing well.

Mthatha Bucks vs Stellenbosch FC, Mthatha Stadium, Saturday, 3pm
A top of the table clash that should be bruising to both sides who will be desperate not to drop points. Stellies have become early favourites after rising to the top early in the season and considering that they finished in the play-offs positions last season. But Amathol’amnyama have a lethal weapon in Mpho Erasmus who has scored in every game this season.

Richards Bay FC vs Royal Eagles, Umhlathuze Sports Complex, Saturday 3pm
Before the names were changed and Thanda Royal Zulu became Richards Bay the matches between these sides were always exciting and enticed with dramatic events on and off the field. Nothing but the name of the Rich Boys has changed and Roger Sikhakhane will be looking to build on last weekend’s hard fought 3-1 win. Eagles are on a rebuilding phase with new interim coach Zipho Dlangalala still finding his feet.

Tshakuma Tsha Madzivhandila vs Witbank Spurs, Thohoyandou Stadium, Sunday, 3pm
Having found their rhythm Sello Chokoe’s TTM hit a stumbling block at Richards Bay FC last weekend where they lost 3-1 against 10-men. They will be looking to dust themselves off and get their campaign back on track when they host Siyavutha who are nothing like their moniker at the moment.

Jomo Cosmos vs Uthongathi FC, Vosloorus Stadium, Sunday, 3pm
Ezenkosi will fancy their chances of collecting the full points against Uthongathi side who are finding the going a little more overwhelming than they anticipated. Linda Mntambo lead Ezenkosi from the front last weekend and earned his side a valuable point in a 1-1 draw away to Ubuntu in Cape Town. The Cane Cutters come to the game reeling after a 2-1 defeat to Mthatha Bucks last weekend.