Cape Town City defender Thamsanqa Mkhize says he asked God to help him play his normal game when he walked on the pitch for the first time in the senior team's jersey. 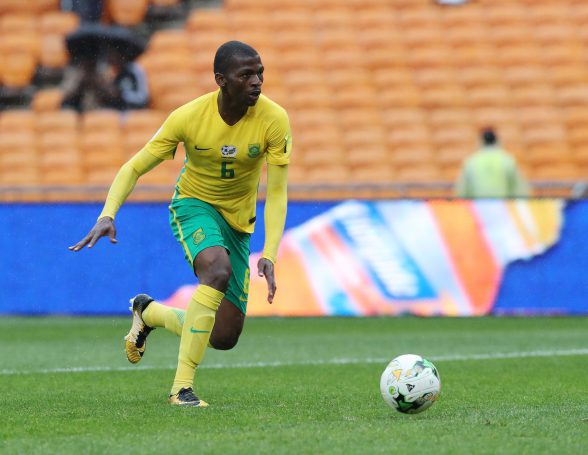 The City right back made his debut for Bafana Bafana during the team’s 3-1 victory over Burkina Faso in the 2018 Fifa World Cup qualifier match at the FNB Stadium last Saturday.

“The first thing I did when I got on the field was to say thank God for the opportunity and asked Him to please help me to play well and apply everything we did during our training sessions,” said Mkhize.

“I am happy that we won the game, I would like to thank my teammates for the effort, fans for the support and our coaches. The coach’s instructions worked very well that is why we were able to win the game.”

The former Orlando Pirates player added that he also asked senior players about what to expect in the game.

“The international stage is on another level is not the same as the PSL, it demands a lot. For me, it helped a lot to stay with a guy like Wayne Sandilands as I asked him a lot of questions to prepare me for the game. I would also like to thank all my teammates because they accommodated me very well.”

Mkhize is one of the key players at City and will be looking to put another solid performance this time for his club when they face SuperSport United in the MTN8 final at the Moses Mabhida Stadium on Saturday.